'Doing it for Me' Selected for Three Film Festivals 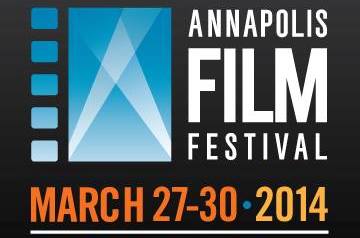 Meridian Hill Pictures is pleased to announce that Doing it for Me, a short documentary produced in partnership with the Sitar Arts Center, has been named as a selection for three local film festivals: Bethesda Film Fest, Annapolis Film Festival, and West Chester Film Festival. These events will mark the first festival screenings of Doing it for Me, which premiered in September 2013 at the Sitar Arts Center.

Bethesda Film Fest will run two nights - Friday March 21 and Saturday March 22 - and will feature a program of five short documentaries from local filmmakers. All films will be screened both nights starting at 8pm at the Imagination Stage in Bethesda, MD.

Annapolis Film Festival will take place March 27-March 30. Doing it for Me will be screened during the Shorts: Young Hearts and Minds program, which features the work of young documentary filmmakers. The program will run at two separate times and locations in Annapolis, MD: 2pm on Friday March 28, and 11am on Sunday March 30.

West Chester Film Festival will take place April 25-27 in West Chester, PA. Doing It for Me will be screened at 11am on Saturday, April 26 during the Young Filmmaker Block. Tickets available here.

Doing it for Me is a 25-minute documentary that explores the dropout crisis from a unique, personal perspective. Told from a young person’s point of view, the film offers audiences the opportunity to empathize and engage with the complicated circumstances that lead teens to drop out of school. During the 2011-2012 school year, only 61% of Washington DC’s young people graduated high school within four years and 1,953 youth left school without indicating if they were enrolling in another program.

One in 10 of DC youth aged 16-24 is not in school and is unemployed. Jessica, Victoria and Precious’s journey to better their lives, their education, and their friendship is an inspiring story that offers hope in the power of education, art, and storytelling to change lives. The film was produced during the Spring and Summer 2013 semesters, funded in large part through a generous grant from the National Endowment for the Arts.