About to launch a campaign? Trying to personalize a complex issue? Trying to get people to take action to make change?

Join us for a screening of a short film produced for Washington Area Bicyclist Association and a discussion of how authentic storytelling can advance impactful campaigns.

In tandem with the release of Meridian Hill Pictures’ new feature documentary CITY OF TREES, we are launching a new series of discussions on the potential for authentic storytelling to move people through documentary video. We’re inviting innovative organizers to join the first in this series — a dialogue on how storytelling can be used as an impactful organizing tool within campaigns. 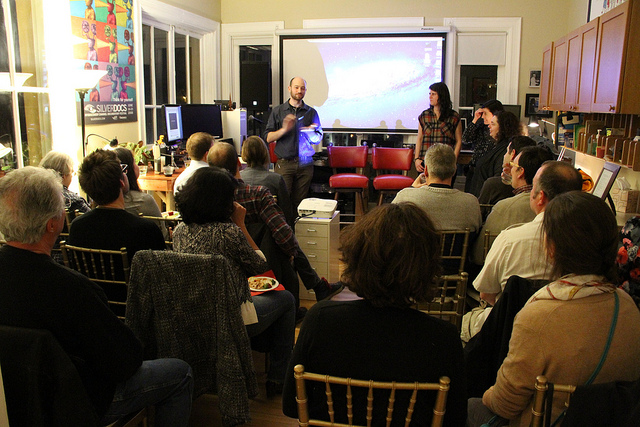 In 2015 nonprofit Washington Area Bicyclist Association received a grant from REI to support organizing efforts to build a coalition of supporters of a regional urban trail system. As this coalition would require collaboration across a diversity of trail stakeholders — not just traditional cycling advocates — WABA determined their first goal would be to humanize the campaign by discussing the benefits of trails to all stakeholders, putting personal stories front-and-center. WABA commissioned Meridian Hill Pictures to create a short documentary to jumpstart the campaign. Rather than producing an informational video about the ideas behind a trail system or an interview-heavy piece featuring only WABA staff, the film tells a visual, emotional, and character-based story of three very different people who all helped bring one trail in the city to life.

Since completing the video in the fall, WABA has begun to strategically organize with core partners and is preparing to launch into the next phase of a broader outreach campaign with the documentary as a cornerstone.

At the event, we will invite participants into an up-close look at the process of implementing an authentic video storytelling project at WABA through a conversation with the film's producer (and MHP co-founder) Brandon Kramer, WABA communications director Colin Browne, and Austen-Levihn Coon, CIO at Fission Strategy. We are excited to have participation from our friends at Fission, a DC-based company committed to helping nonprofits, foundations, and enterprises use innovation to create social change.

About the Panelists & Moderator

Angelica Das- Moderator, Freelance Media Strategist & Impact Producer
specializes in strategy for social impact documentary with over a decade of experience in non-profit communication and management.