We were drawn to documentary filmmaking in large part due to our fascination with the way documentary can move people to understand each other — and the world — in new and unexpected ways. 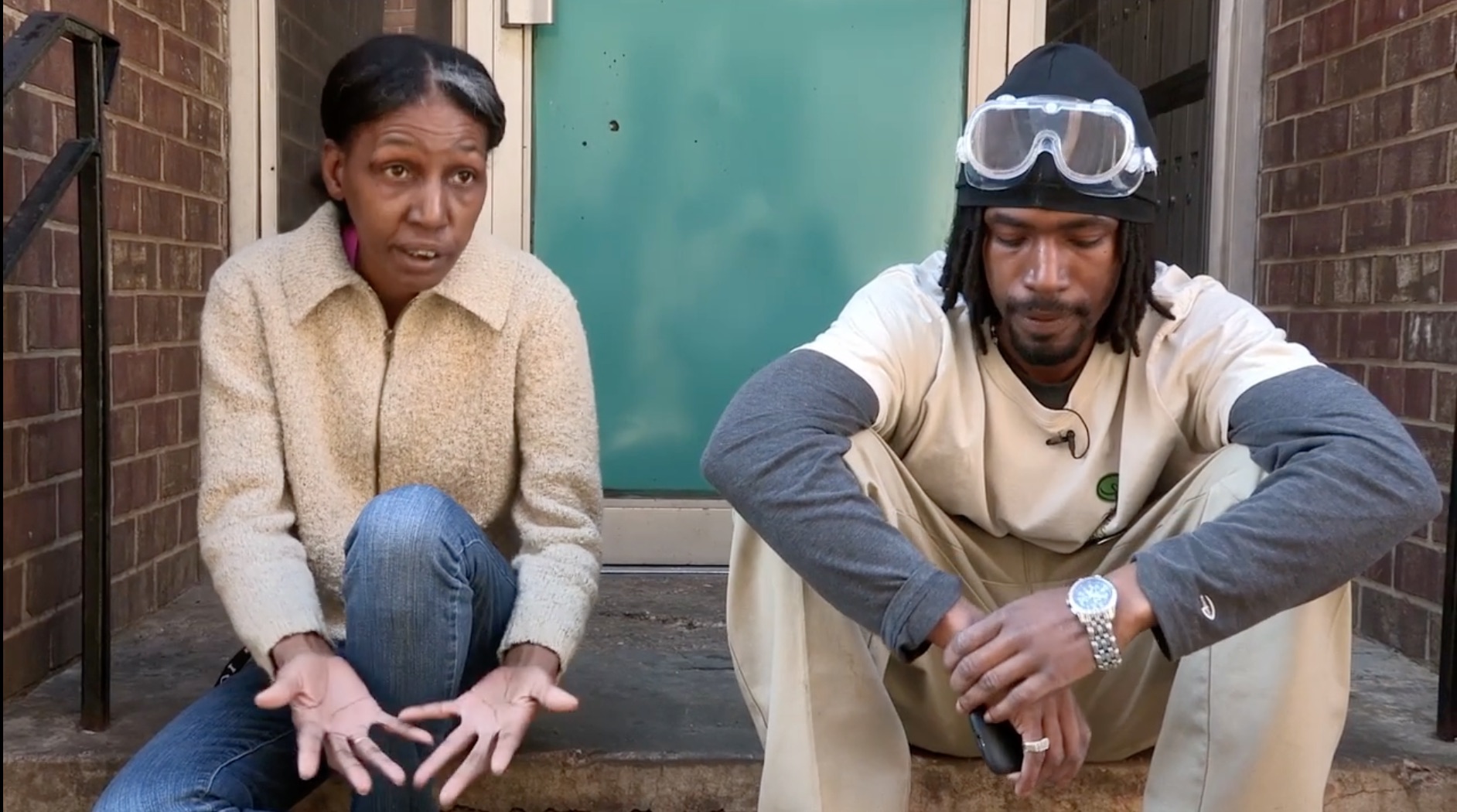 Since we started Meridian Hill Pictures in 2010, we have been privileged to participate as relative newcomers in the long tradition of documentary storytellers who have used the medium of film to share underrepresented perspectives, build empathy for people different from ourselves, and facilitate constructive dialogue about the complexities of the human experience. As documentary filmmakers in the District, we’ve been grateful for the opportunity to bring this kind of authentic storytelling to people and communities in our home city. A large part of our work has involved collaborations with incredible change-makers and nonprofits on the front-lines of some of the gravest battles of our time: income inequality, environmental degradation, affordable housing, peace and conflict resolution. People working within these organizations are looking for ways to meaningfully connect with their stakeholders, through helping publics to develop a nuanced understanding of the people impacted by the issues and interventions. We’ve found immense potential in the way documentary storytelling can bring the platitudes, policies and problems down to an accessible, human level — building meaningful connections to the stakeholders as individual people — and not statistics.

People doing this work are increasingly under a constant pressure to ‘demonstrate impact’ on those they serve and articulate how they are using precious resources to make the world a measurably better place. While we are appreciative of the way this can create a focus on accountability and a push toward stronger programs and services, as storytellers we’ve recently also wondered whether this burden of proof can also lead to a fear of being vulnerable — and a potentially risky form of inauthenticity. This work is hard and the ability to talk about the challenges is critical, in the interest of both improving interventions and addressing the underlying issues. When the push to neatly package quantifiable successes front-and-center is combined with the rush to publish more and more content, we’ve been asking ourselves whether the narratives and messages are getting oversimplified and the real challenges of doing this kind of work buried as a result. 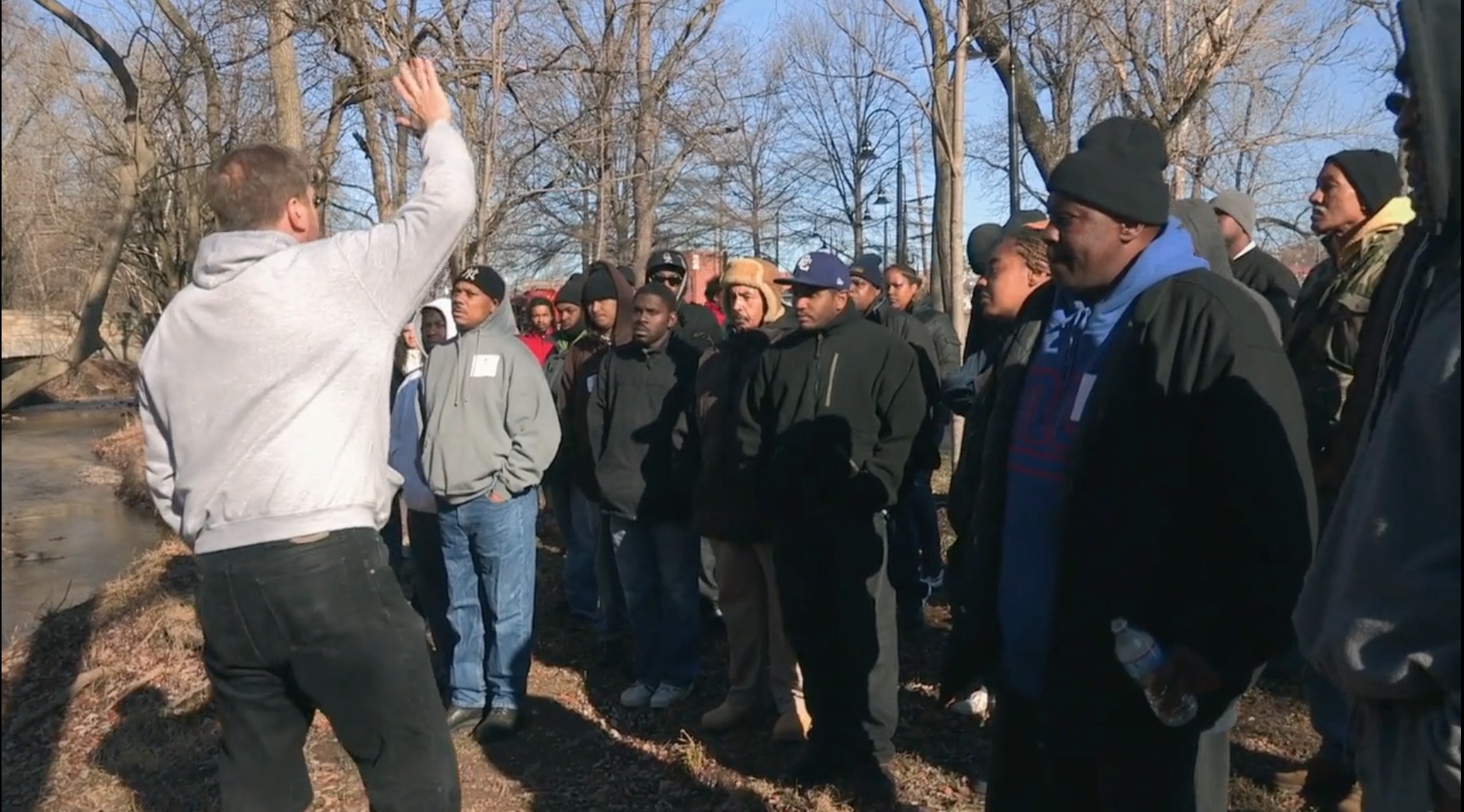 There is a ton of proof that manufactured messages and stories play well in today’s media landscape. We have a suspicion, however, that we are actually living in an age of authenticity. We have a hunch that audiences today crave stories that seek truth and that people build deeper bonds with organizations, people and brands that engage with them sincerely. Whether in narrative or documentary, moving or still pictures, newspapers or tweets, we're interested in exploring ways that society can elevate and reward authenticity, so that honest conversations are not withheld from the public sphere out of fear of losing funding, donations, support, or trust. We do not see authenticity as a sign of weakness — rather, it requires courage. What if funders asked their grantees to demonstrate authenticity alongside impact? What if the public demanded authenticity as a form of accountability from public and private institutions? What if we all had the courage to create and tell more authentic stories?

In our first feature film, CITY OF TREES, we’ve attempted to embrace these values through an honest, character-driven story that challenges audiences to think deeply about the triumphs and struggles in making a long-term social impact within a non-profit organization. CITY OF TREES follows the stories of trainees and staff of a stimulus-funded green job-training program designed to put unemployed people back to work by planting trees in DC. The film follows people navigating difficult issues: attempting to make change within a community that has an entrenched distrust of outsiders; fighting institutional poverty with short-term, non-renewable grant resources; creating environmental justice where it has been absent for decades. In the process, CITY OF TREES thrusts viewers into the inspiring but messy world of job training and the roadblocks changemakers face in urban communities everyday. Telling this kind of story required all parties — filmmakers, participants, funders, audiences — to embrace a certain unpredictability, lack of control, and reality that the ‘message’ would never be as perfectly conveyed through a people-centered story as through a tightly-crafted grant report, speech, tweet or fundraising video. Our hope has been that this kind of people-centered, reflective storytelling helps everyone to develop a more nuanced understanding of the issues, a meaningful connection to the stakeholders as individual people and not statistics, and a more-informed investment in the potential of possible solutions. 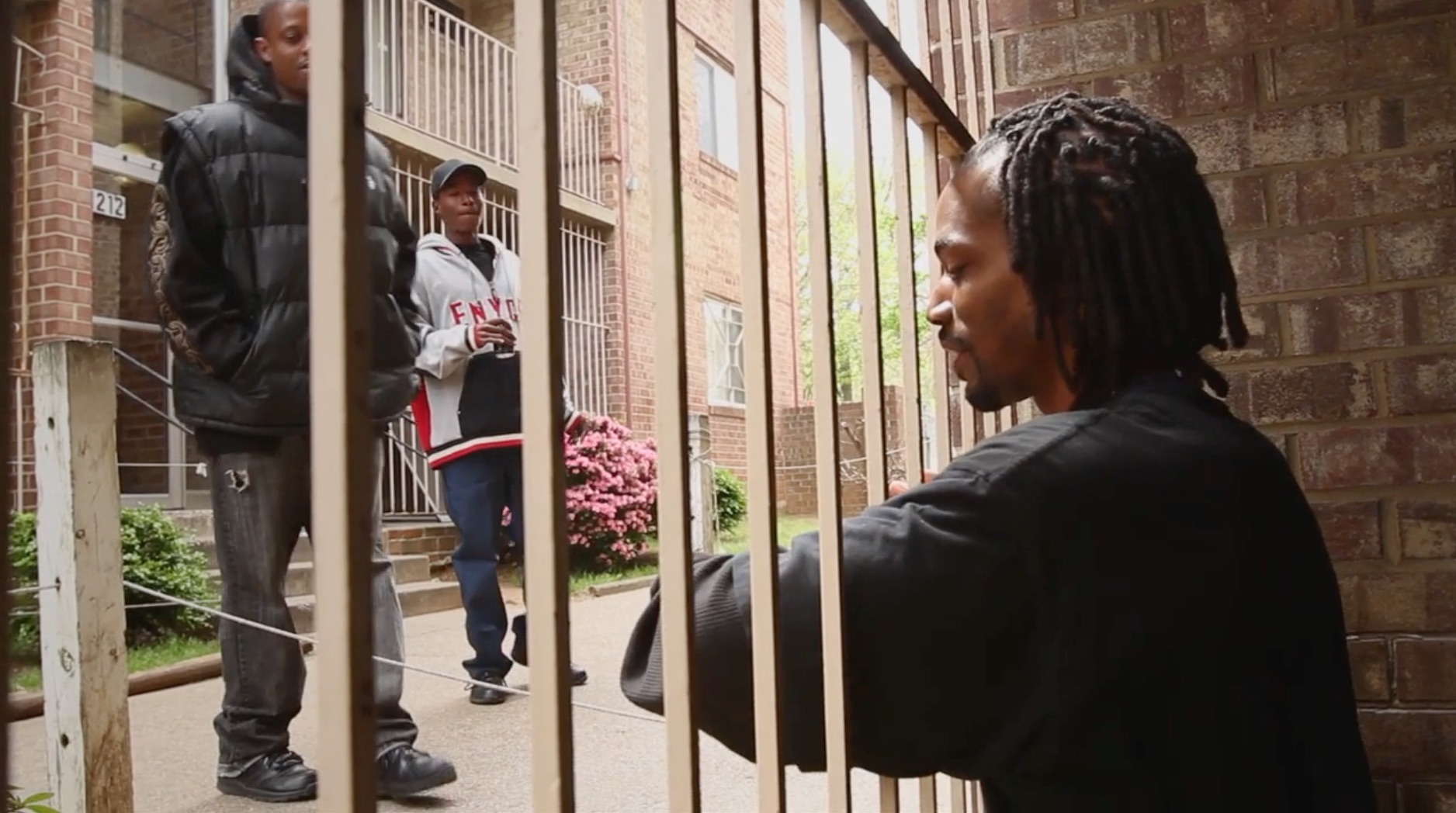 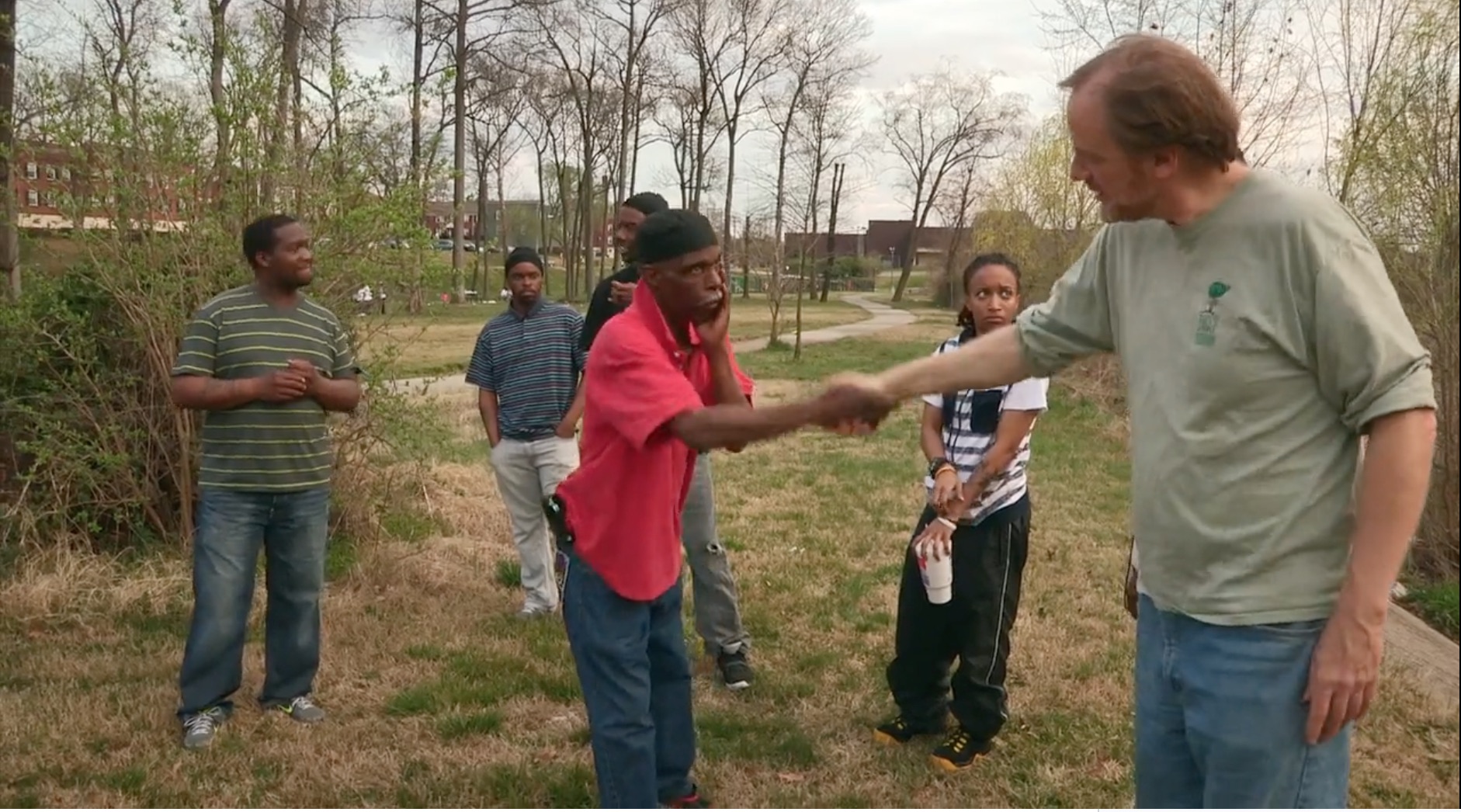 We strongly believe  that the courage displayed by the people who shared their stories in CITY OF TREES — particularly the staff and trainees of Washington Parks & People — will help make it easier for others to think about the potential to tell more authentic stories in their own work. In this spirit, in conjunction with the release of CITY OF TREES, we are launching a regular dialogue series titled Authentic Storytelling Moves People. Through this free series (and in conversations that hopefully continue online in social media and our blog), we hope to bring together nonprofit leaders, independent filmmakers, and community members to talk openly about how we can all embrace more authentic storytelling to strengthen our community. 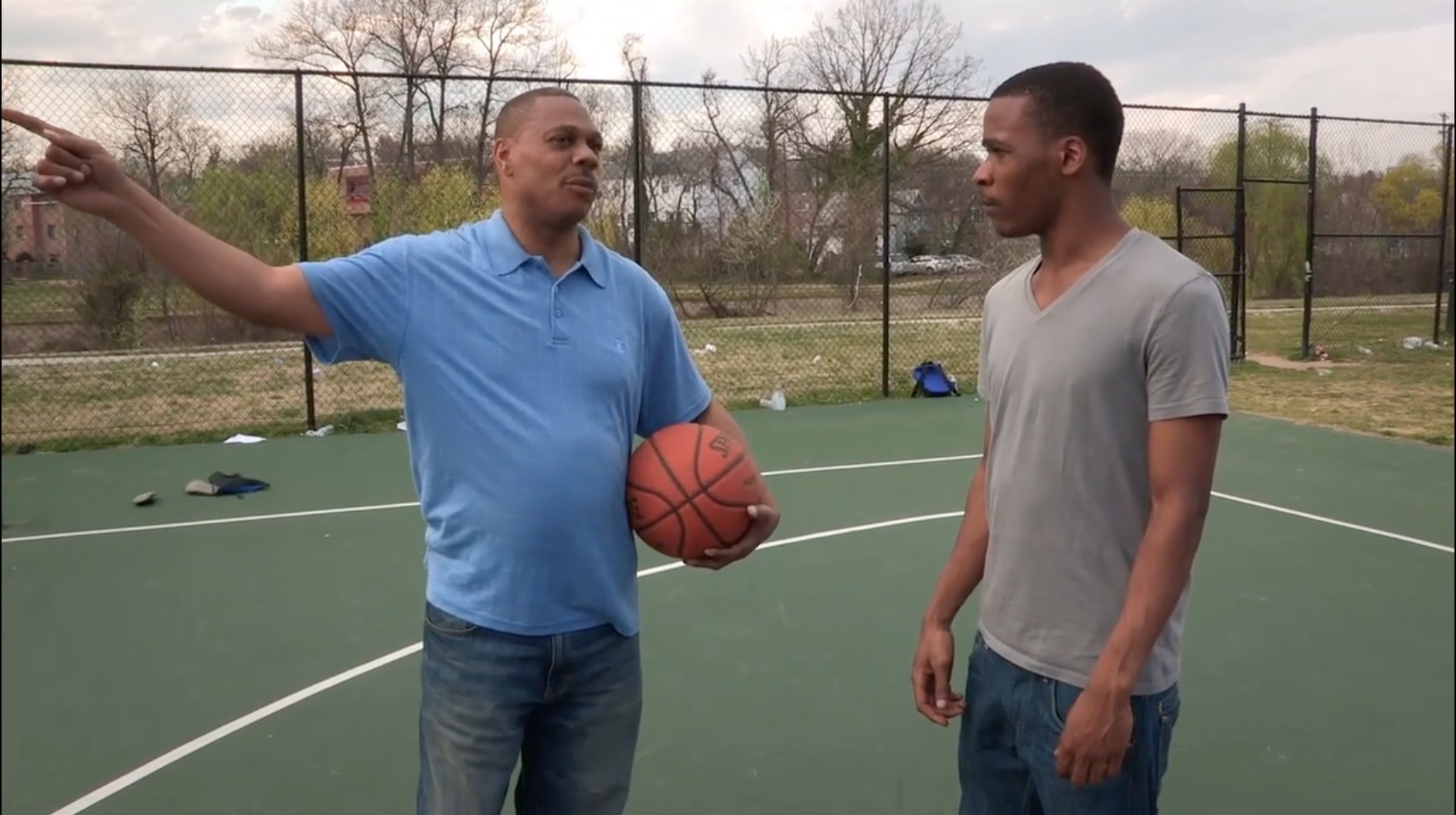 We hope you will join us in March at the DC Environmental Film Festival for the premiere of CITY OF TREES, and thank you for participating with us in this conversation.