Community Harvest, a short documentary produced by Meridian Hill Pictures, was selected as the ‘best short documentary’ in the Our City Film Festival. The festival screens documentaries and narratives that are Washington, DC-focused. 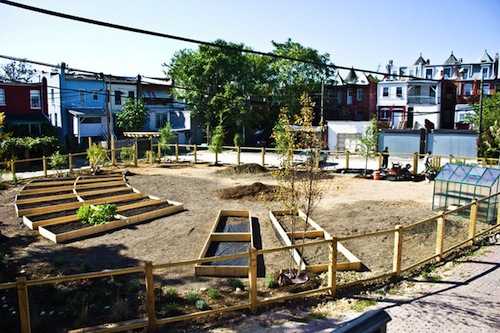 Our City aims to bring DC communities together and celebrate the rich cultures, stories and scenes that make up “our city.” The festival is presented and run by Yachad (“together” in Hebrew), a non-profit dedicated to advancing affordable housing and community development. Proceeds from the festival go toward Yachad’s programming. This year’s festival will take place on February 12th and 13th at The Goethe Institute in Chinatown.

Other films featured in the festival range in topics, from a documentary recapping the glory days of the Washington Redskins through the voices of former players, cheerleaders and fans, to a suspense drama produced by the Theivery Corporation about Washington, DC’s modern day likeness to ancient Babylon. The Opening Night Party (Saturday, Feb. 12th, 8-11pm) will be held at R.F.D’s and will feature beer specials as well as performances by Christylez Bacon, GRAMMY nominee, Arts and Humanities Council grantee, and subject of a former film festival documentary.

For more information on the Our City Film Festival, check out the festival website.