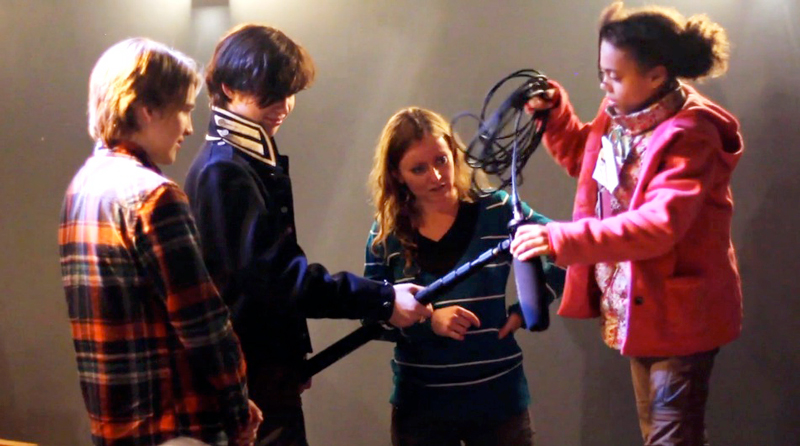 It's been just over a year since Doing It for Me premiered at the Sitar Arts Center, but the film continues to reach audiences at regional film festivals, policy forums, and beyond.

That film and two other projects - Life as a Collage and the Community Video Storytelling transmedia project - were produced by students in our Youth Documentary Filmmaking Program. We've been fortunate to run this program in partnership with Sitar over the past three years. Each year, an MHP teaching artist uses our curriculum to guide students through different roles in the documentary film production process.

High schoolers from mainly low-income households, who might not otherwise have access to the arts, are learning advanced skills in non-fiction storytelling and technical production, as well as community outreach and engagement strategies. “This program is at the heart of our mission,” says Lance Kramer, MHP’s executive director. “The young people who participate in the program have often experienced profound challenges in their lives.

Through the program, they’re finding a powerful way to use the documentary art form to elevate their voice and leverage their life story into a lasting impact in the community.” Not only are these award-winning student films among MHP's most successful in terms of reach and impact, but they also strongly represent the studio's mission: they're community-oriented, participatory filmmaking projects that present important social issues in ways that educate diverse populations and help guide social change.

A chance to speak to the nation 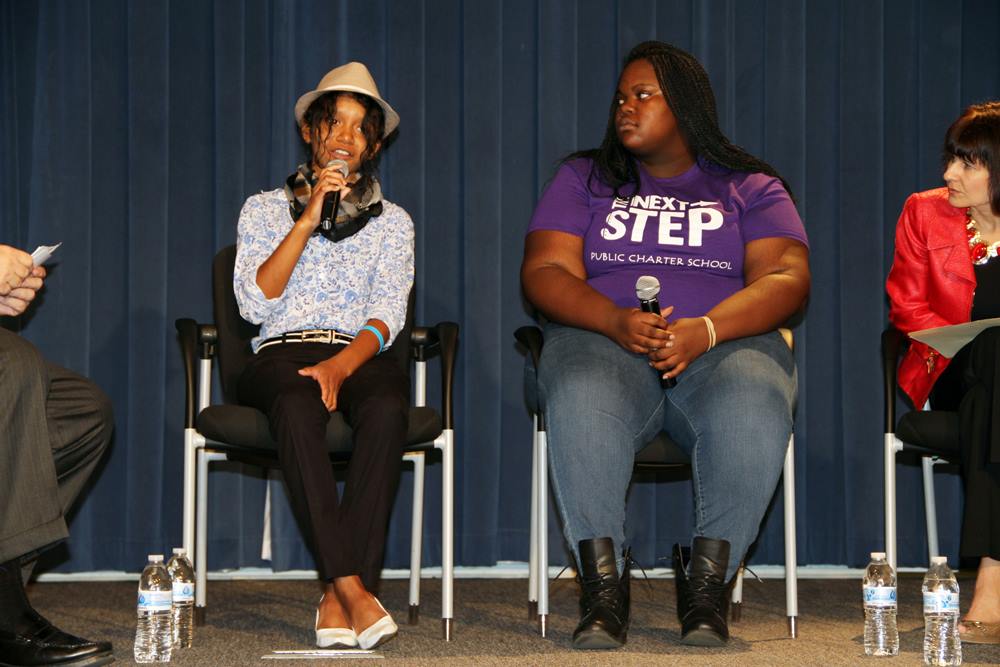 On Sept. 18, the U.S. Department of Education screened Doing It for Me for a group of policymakers and staff to catalyze a panel discussion about the high school dropout crisis. In the film, DC high school student Precious Lambert follows her two best friends, Jessica and Victoria, as they struggle in the DC school system and ultimately chart a new direction for their lives through the art and process of documentary filmmaking.

Both the film and the panelists - which included film co-director Leah Edwards and participant Jessica Green - were well-received by the audience.

The Department of Ed. also featured the screening on their Homeroom blog.

Earlier this month Doing It for Me screened at the Beacon Independent FIlm Festival in New York. Previously this year, the film was also selected to screen at the four local film festivals.

With several more screenings scheduled over the next month, the students’ work will receive even more exposure. As we gear up for a new semester of Youth Documentary Filmmaking at Sitar this spring, our studio looks forward to more opportunities to amplify young voices and share their perspectives in impactful ways.

Read more about the impact of Doing It for Me in GW Today.

Learn more about each of the projects below:

Catch the films at these upcoming screenings:

If you are a reporter and would like to learn more about this project, please contact Alison Buki, Communications & Outreach Manager at alison(at)meridianhillpictures.com or 202-450-4085.

Doing it for Me was funded through a Media Arts grant from the National Endowment for the Arts in 2013. Meridian Hill Pictures is currently seeking new sponsors and funders for the 2015. All contributions to the program are 100% tax deductible through Sitar Arts Center, a 501c3 non-profit organization. If you are interested in making a donation to this program, please contact MHP’s development manager, Lindsay Davis, at lindsay(at)meridianhillpictures.com.

Before My City Had Trees

These are my words and this is my journey. I am a third generation dancer. I live by a beat, and the beat keeps me moving. So walking into the opportunity to compete for a media assistant position was just another goal getting ready to get knocked down off my list.
Continue reading >
City of Trees   Essays

How We Learned to Tell Authentic Stories

In this extended interview, City of Trees and Meridian Hill Pictures artistic director Brandon Kramer speaks about the film's origins and the process of discovery the MHP team undertook to tell stories that authentically convey the experiences of their subjects. Originally posted on the Kartemquin Films Blog: "Director Brandon Kramer discusses City of Trees ahead of its Chicago Premiere at the KTQ Fall Festival Nov. 3" (October 2016).
Continue reading >
Essays   Youth Documentary Program

Even after the movie ends, there’s always another strikingly beautiful moment of watching the credits roll for a film you helped bring to life. It always hits me when I see the names of all the people — participants, students, families, teaching artists, and other film advisors —  who traveled together on that challenging, yet amazing journey in creating the film.  As a media teaching artist and documentary filmmaker, I am reminded with every new project that documentary filmmaking is not easy; you have to let go of control, be a team player, and be ready to adapt to change at any moment during the process. It’s both stimulating and exhausting. But it’s always a joy to see my young students create. My phenomenal film students from Sitar Arts Center fully embraced those challenges last Spring and came out with a powerful and heartwarming film about the importance of community support in the face of struggle: IN THE PATH OF MY FATHER.
Continue reading >
City of Trees   Essays

A full circle to Full Frame

The best film festivals uniquely create an atmosphere that brings together the most experienced filmmakers in the craft and people just getting their start.
Continue reading >
Liquid error: undefined method `gsub' for nil:NilClass