Posted by Lisa Allen 732sc on

CITY OF TREES will screen at the 6th annual Golden Door International Film Festival in Jersey City, NJ, on September 24th at 6pm. Tickets are $10 and available for purchase here. 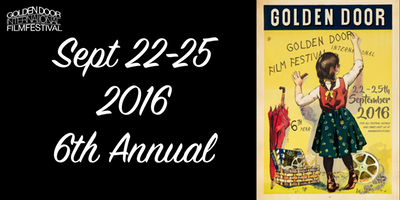 Founded in 2010 by actor Bill Sorvino and a small group of dyed in the wool Jersey Cityites. The renegade band of “old time Jersey City” residents set out on a mission to shine a light on Jersey City, New Jersey and to provide an equal platform to all filmmakers well known and otherwise. Since that time, Golden Door International Film Festival has anchored itself as a cultural focal point of Jersey City. Set with the backdrop of the beautiful New York City skyline, this four day film festival holds the opportunity for filmmakers, actors and crew to network with colleagues and share their work with the public in the heart of the NYC indie filmmaking landscape.