Washington Parks & People, Meridian Hill Pictures and the Green Corps trainees premiered four new short documentaries at the American Film Institute’s Silver Theater on Thursday, May 26th.  The four trainee-produced documentaries are part of a feature-length documentary that is currently in production. 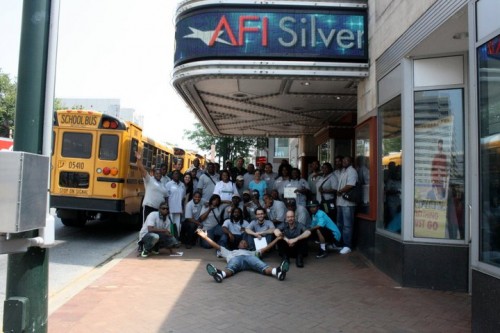 The films focused on four thematic areas: Environmental Justice, Jobs & Economic Needs, Community Health and Youth & Education. The films are inspiring stories produced and edited by graduates of the most recent Green Corps program.  Facilitated by teaching artists from MHP, 36 Green Corps trainees participated in a comprehensive documentary filmmaking project to produce four short documentaries about how urban forestry and green spaces are meeting critical needs in their communities in DC. 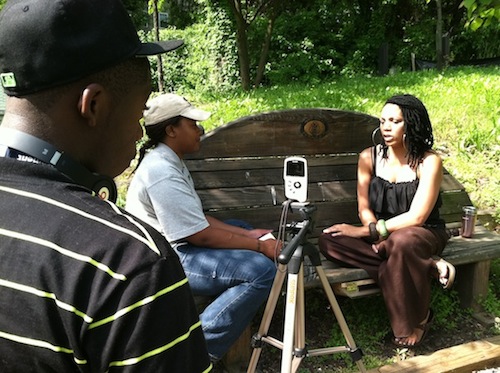 One of the largest such gateway urban forestry and green job training programs in the nation, the Washington Parks & People District of Columbia Green Corps is funded in large part through a grant by the American Recovery and Reinvestment Act.

80 people have participated in the first two sessions of the Green Corps 12-week intensive paid job training program, based at Marvin Gaye Park and the Riverside Center in Far Northeast DC. The course includes tree planting and care, invasive removal, stormwater mitigation, urban wastewood recovery, leadership development, and a wide range of other hard and soft skills to help provide an entry point into the green economy and green jobs, careers, and enterprises.

A second premiere of the four short documentaries was held at the Green Corps graduation ceremony on Friday, May 27 at 11:00 am at the Community College of the District of Columbia, 801 North Capitol Street NE, Room 116.  Stay tuned this summer for further screenings of these short documentaries in parks and green spaces across Washington, DC.