On Tuesday, July 14, Busboys and Poets will host a screening of an episode of Hard Earned as part of its Bread & Roses labor series. 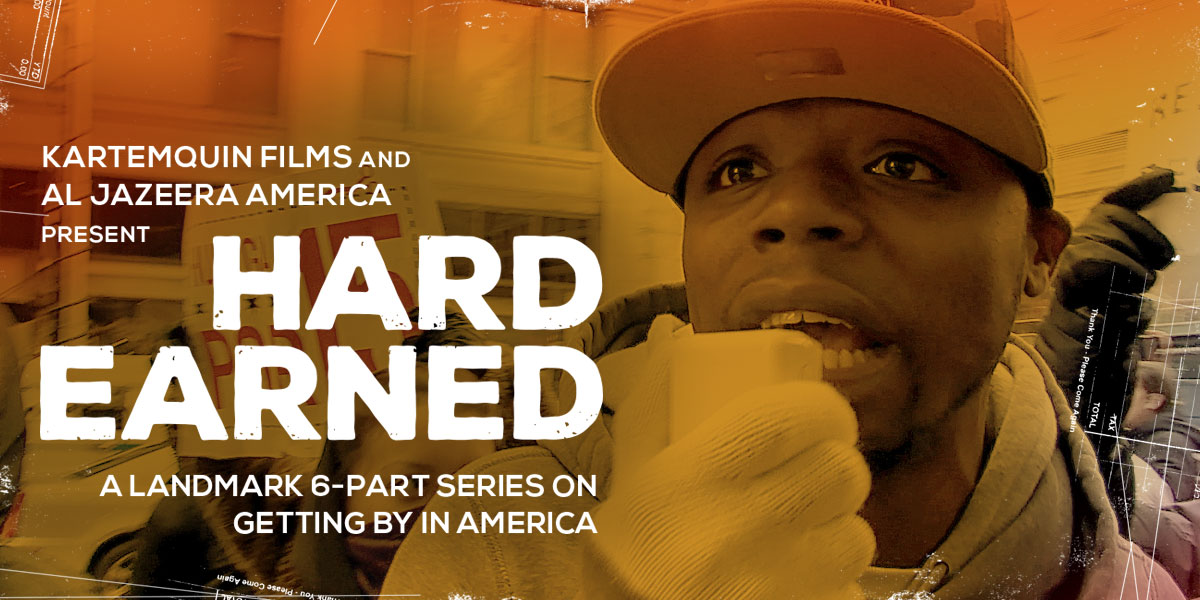 Hard Earned is a new six-part documentary series from Kartemquin Films (Hoop Dreams, The Interrupters, Life Itself) that puts aside economic debates and follows five families around the country to find out what it takes to get by on eight, ten or even 15 dollars an hour. The series – which recently aired on Al Jazeera America -- turns an intimate lens on this group of 21st century American dreamers. They fight against all odds to thrive, when it takes everything they have to simply survive. Lance Kramer, one of the associate field producers on the series, will be joined by Jose and Elizabeth, two of the local workers profiled in the series.

Bread & Roses is a monthly labor series at Busboys and Poets, featuring a variety of events focused on workers and organized labor. Each month, Busboys hosts a new topic through interactive discussions, film screenings, and performances. The events are design to offer attendees a greater understanding of organized labor, its role in shaping history and current relevance. The name "Bread & Roses" was inspired by a poem/song written by James Oppenheim that appeals for both fair wages and dignified conditions.

This week we had the opportunity to speak with MHP mentor and collaborator, renowned director Katy Chevigny (E-Team, Election Day) about her experience as a co-director on the highly anticipated documentary series Hard Earned.
Continue reading >
Hard Earned   Press

On Tuesday, July 14, Busboys and Poets will host a screening of an episode of Hard Earned as part of its Bread & Roses labor series.
Continue reading >
Liquid error: undefined method `gsub' for nil:NilClass