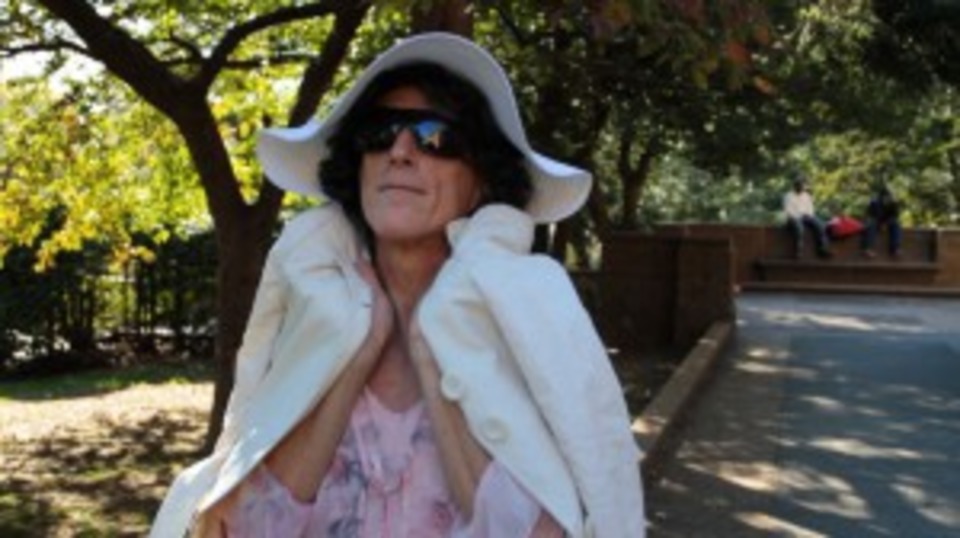 "In Mount Pleasant, Halloween is a Drag on Hobart Street"

Every Halloween night for the past seven years, Tom Burkhardt, 61, and his partner, Steven Dunn, 55, with the help and participation of fellow Hobart Street residents in Mount Pleasant, have put on a drag show on the porch roof of their row house. Kids and adults alike gather in the street to watch the 7 p.m. and 8 p.m. performances, which have ranged from the beheading of Mary Queen of Scots to a beauty pageant featuring Miss Maryland (Burkhardt), Miss Las Vegas (Dunn), and Miss Alaska, aka Sarah Palin (Peter Shaw, a neighbor).

The ladies competed in an evening gown and talent contest. Sarah Palin’s talent included shooting a stuffed moose perched on a roof across the street. “That was kind of a moment,” says Dunn. “We really are ridiculous. That’s the whole point—to have fun.”

This year’s show promises to be just as fun—maybe more so. The premise? “Hobart Street’s Got Talent,” a takeoff on shows like “America’s Got Talent” and “American Idol.” Three judges (Simone Bowel, Ellen Degenerate, and Charon Unborn) will give the thumbs up or thumbs down to four contestants—characters patterned on Lady Gaga (Burkhardt, rumored to wear a silver body suit and matching go-go boots), Susan Boyle (Dunn), Prince Poppycock (Katey Shirey), and Rihanna (Felicia Howard).

The show has gotten more popular over time, so much so that this year Hobart Street will be closed to traffic for it. Last year, Burkhardt says he was amazed at how many people braved the driving rain to watch their version of “A Sound of Music” (complete with the Pope giving Liesl an exorcism). “‘Those people are crazy!’ we thought,” says Burkhardt. “Of course, we’re crazy—but we knew that.”

Much goes into the show’s preparation, and there are always obstacles to overcome. One issue has been some of the performers’ fear of heights or worry that they will fall off the roof. Generally, they overcome these fears for the sake of the show. Burkhardt admits to “getting a little lubricated beforehand” so he can do it. “I couldn’t get up there otherwise,” he says.

Of those involved in the production, many cite the sense of community that emerges from it as a particularly positive outcome. “It’s a small town, neighborly kind of thing,” says J.T. Roy, 49, this year’s artistic director and a longtime participant. And for the upcoming show, even more of the street’s residents are taking part. Lance Kramer, 26, filmed some of Hobart Street’s kids performing their choice of talent, from playing the piano to exhibiting ninja moves. This filmed segment will make up the first part of the show in which hopefuls are axed, and for Kramer it demonstrates “a whole street working together—the best embodiment of a row house community.”

Dunn concurs. “We have such a unique neighborhood,” he says. “And this is a wonderful way to celebrate it in a fun-loving, non-judgmental kind of way.” Burkhardt notes that Mount Pleasant’s quirky zeitgeist is what spurred him and Dunn to do the show in the first place. “This is an expression of our love for our neighbors and neighborhood,” he says. “Maybe we’d have been induced to do such a thing elsewhere, but I somehow doubt it.”