‘In the Path of My Father’ will premiere at Sitar

Students from Sitar Arts Center and Meridian Hill Pictures’ Youth Documentary Program will premiere their latest film — IN THE PATH OF MY FATHER — on Tuesday, September 22 at Sitar’s De laski Theater.

Directed by RaSeph “Ra” Wright (age 14), co-edited by his sister Sia Wright (age 11) and supported by an all-youth production crew, the film tells a deeply-personal story of two brothers growing up in DC without their father, and how relationships with their family, peers, community leaders and the arts have helped them cope and build new beginnings on their road to adulthood.

Since 2010, the Youth Documentary Program has offered promising young people in DC the opportunity to find their creative voice and build vital leadership skills through the art of documentary filmmaking. Formed through a partnership between Sitar Arts Center and Meridian Hill Pictures, the yearlong program provides youth ages 10-18 the transformative experience of making a nonfiction film that speaks to relevant issues in their lives and communities.

Throughout the program, students worked closely with Aqiyla Thomas, Kimberly McFarland, Hanna Stawicki, Ellie Walton, Brandon and Lance Kramer — all professional documentary filmmakers and teaching artists from Meridian Hill Pictures, who guided students through all stages of the production process. At the onset of the program in early 2015, students pitched a range of story ideas addressing personal and community issues. The seven students, aged eleven to fifteen, collectively chose Ra and Sia’s pitch, which focused on exploring the life story of their close friends, Zion (15) and Ayinde (9), who had recently lost their father. The students decided to intimately explore how their mother’s guidance, support from their community, and participation in the arts have helped Zion and Ayinde to heal and shape their journey into young adulthood. Following the story selection, the students learned about the various roles involved in making a film, including director, producer, camera operator, sound recordist, and editor. The students adopted these roles and spent the remaining part of the Spring semester interviewing and filming their subjects in locations across the city as the story unfolded.

Throughout the production process, the students learned about the power of documentary storytelling and its role in cultivating empathy, healing, and community impact. They also worked through the challenges of establishing a collaborative team and restructuring and revising a documentary story while learning new roles in the field during shooting dates. Over the summer, siblings Ra and Sia participated in an independent study with MHP’s education manager Aqiyla Thomas, teaching and editorial assistant Kimberly McFarland, and master filmmaker and teaching artist Ellie Walton - on editing and developing an outreach and engagement campaign for the film. 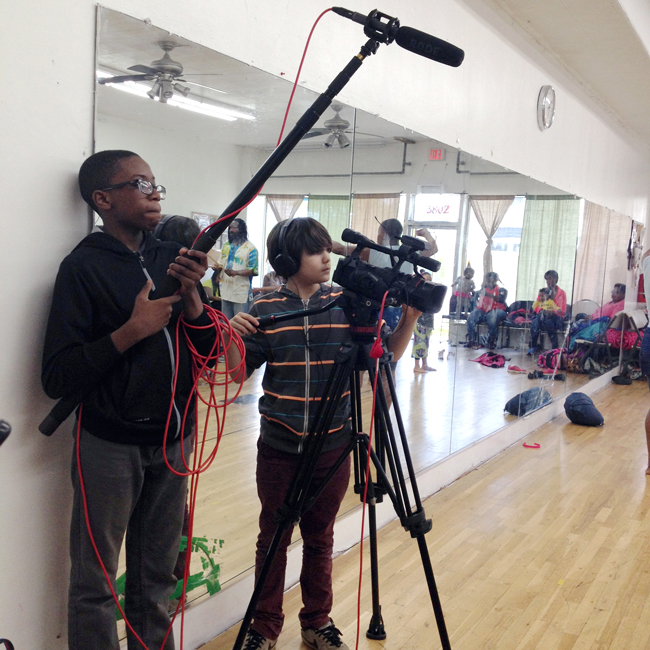 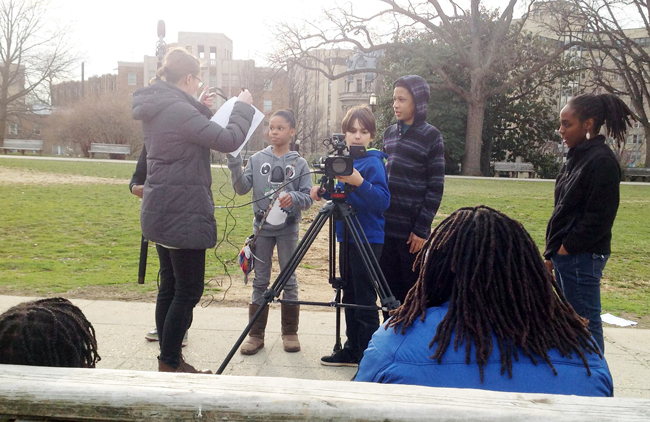 After the September 22nd premiere, students will have the opportunity to showcase their film at community screenings, travel to local film festivals, and speak about their work in front of a variety of audiences. IN THE PATH OF MY FATHER has already been accepted into the Reel Independent Film Extravaganza (RIFE) and will play on Saturday, October 10 at the Northeast Neighborhood Library, and on Tuesday, October 13 at the Angelika Pop-Up in Northeast DC’s Union Market.
Previous films LIFE AS A COLLAGE and DOING IT FOR ME have been recognized locally and nationally for their artistic quality and impact, including numerous accolades and screenings at festivals across the US; a special panel discussion and screening for policymakers at the Department of Education; an invitation to the White House for a national symposium on filmmaking careers; and an appearance on the Kojo Nnamdi Show and in other local press outlets.

About the Youth Documentary Program: http://www.youthdocs.org

From helping preschoolers develop pre-literacy skills to building workforce development skills for teens, Sitar Arts Center is a vital resource for families with low-incomes who would not otherwise have access to the arts. The Center provides creative, enriching opportunities to more than 850 young people of all ages through its Arts Afterschool, Camp Sitar and Early Childhood Arts programs. Each program is designed to help students develop artistic, social and life skills that help youth to overcome economic and social barriers and put them on the path to successful adulthood. In 2009, First Lady Michelle Obama presented Sitar with the National Arts and Humanities Youth Program Award from the President’s Committee on the Arts and Humanities, distinguishing the Center as one of the premier afterschool arts and humanities organizations serving youth in the country. Sitar relies on charitable contributions to ensure that no family is ever turned away because of inability to pay.