On November 3, Meridian Hill Pictures and Magic Labs Media launched a new Facebook-exclusive digital mini-series: THE MESSY TRUTH with Van Jones. Since launching the series, the episodes have had more than 4 million combined views on Van’s Facebook page and received national media attention on CNN.com, The New York Times, Sojourners, and The Huffington Post. 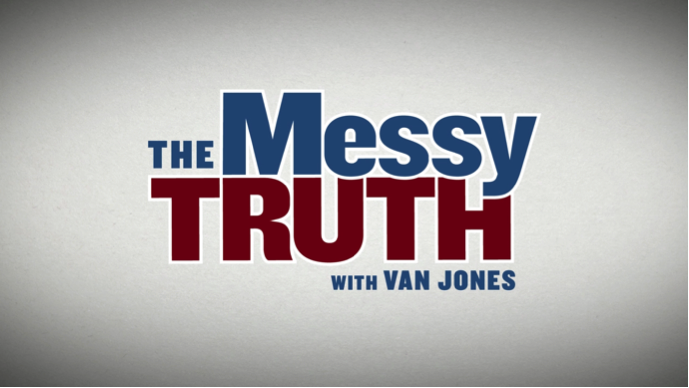 In each of three episodes, Van holds honest, raw, emotional, sometimes painful, yet hopeful conversations with Trump supporters, Clinton supporters and undecided voters in Gettysburg, PA days before the election. Earlier this fall, we decided to create THE MESSY TRUTH out of a frustration that most people during the election were talking about each other, and not to each other. We wanted to break through the noise with a dose of humanity, civility and set new norms for how people can start a healthier way to argue, listen and heal. We wanted to build on the strength of our past collaboration with Van and his wife Jana Carter on City of Trees, fusing our documentary storytelling sensibilities with Van’s unique ability to jumpstart hard, emotional conversations. Almost overnight, the project helped to change the national conversation.

Within days, CNN picked up the episodes and reposted on CNN.com to their 24 million followers. The series was covered on the front page of the Huffington Post: Van Jones Talks to Donald Trump Supporters in Attempt to Avoid 'New Civil War.' The Saturday night before the election on primetime national television: CNN cutaway from the disturbance at a Trump rally to talk about THE MESSY TRUTH. Wedged in-between coverage of violence, CNN used THE MESSY TRUTH to hold a dialogue about the importance of empathy during this election. 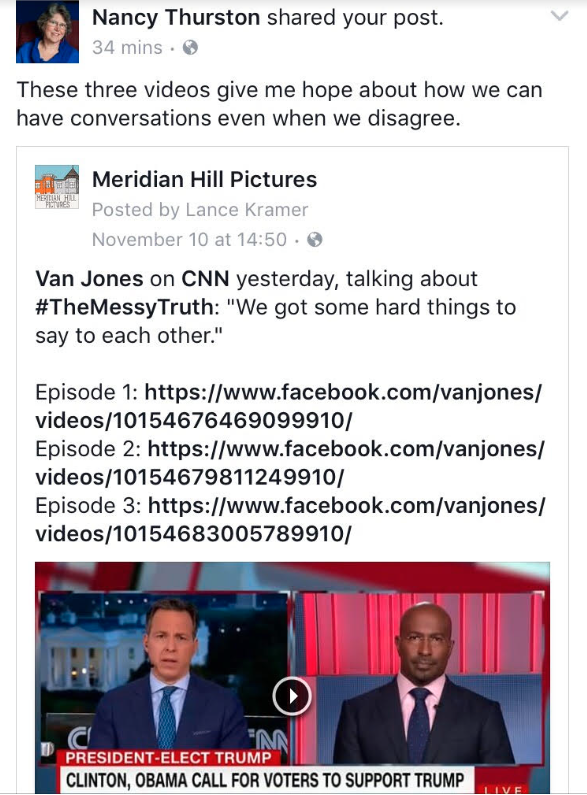 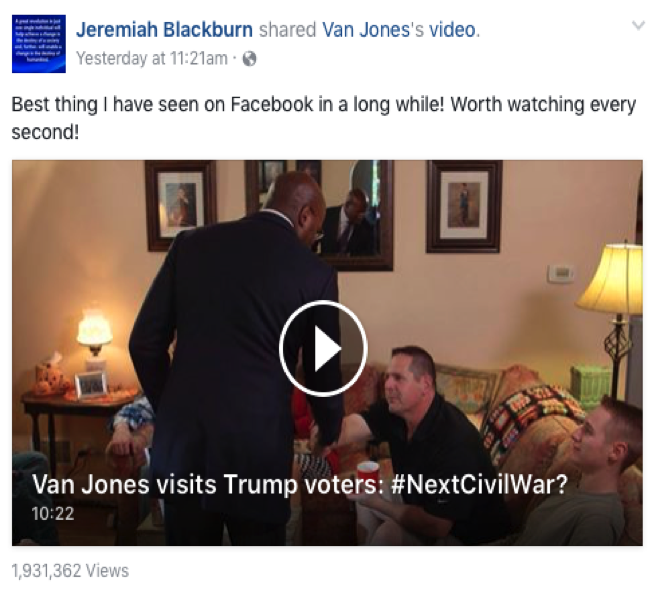 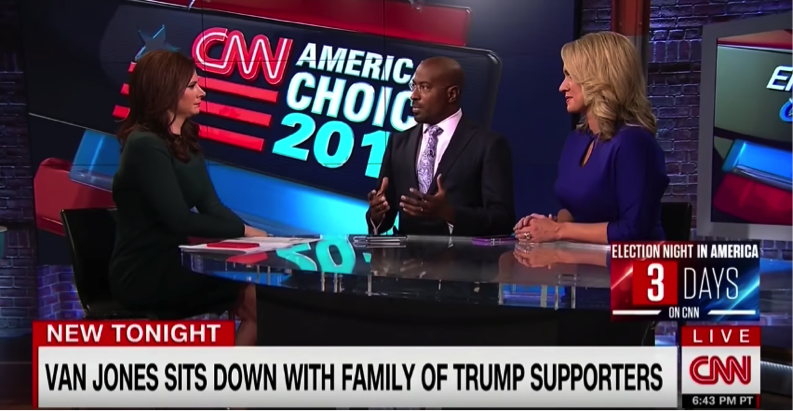 Respect to @VanJones68 for being so articulate and passionate about what so many are feeling.

these 3 videos are brilliant. inspiring. thank you! #Election2016 #HillaryClinton #DonaldTrump but i won't repeat your civil war hashtag. https://t.co/eNIFyXgtMw

The episodes also generated thousands of comments and honest, raw and emotional dialogue amongst people of all political persuasions. 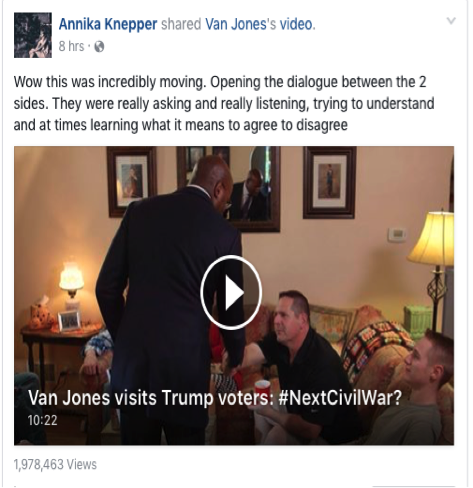 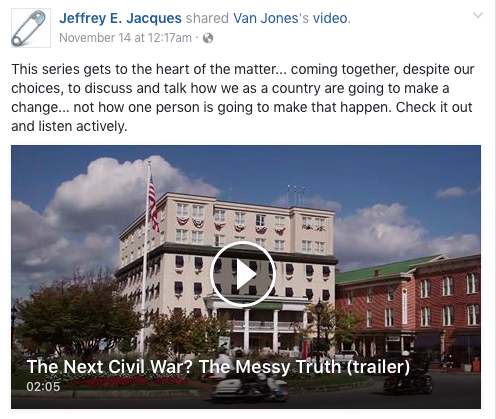 THE MESSY TRUTH was created as a completely independent, self-funded effort and co-production between Meridian Hill Pictures and Magic Labs Media, without any corporate sponsors or backers. Magic Labs Media also served as an associate producer on Meridian Hill Pictures’ feature-length documentary CITY OF TREES, providing creative consulting on the story edit; strategic guidance and support on the film's festival, outreach, and distribution plans; expert commentary for press and panels; press and social media strategy.

We are pleased to announce that our web-series The Messy Truth with Van Jones was accepted into the 2017 Seattle Web Fest.
Continue reading >
Liquid error: undefined method `gsub' for nil:NilClass