With the leaves changing color, some summer heat still lingering and DC youth returning to the classroom, Meridian Hill Pictures has also caught the back-to-school fever by participating in a number of local community events to kick-off the fall season. 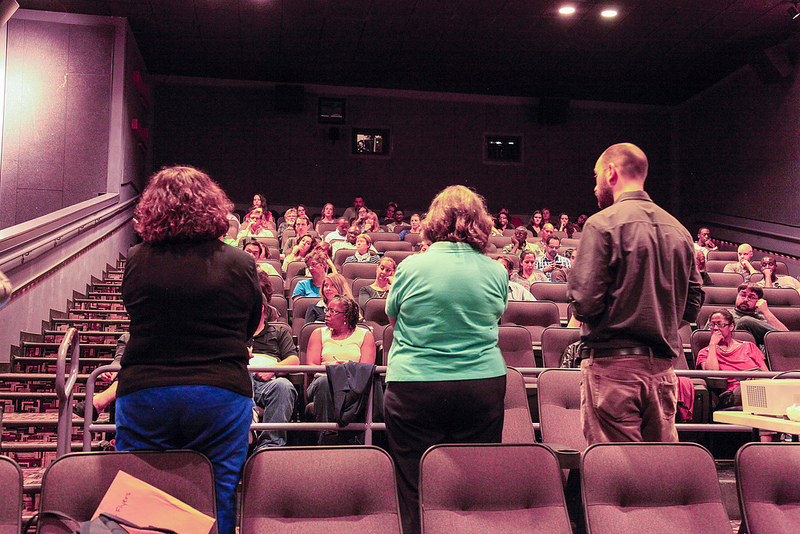 The following weekend, MHP participated in the inaugural Media Rise Festival, a weeklong series of events in D.C. celebrating how storytelling, design, art and media can contribute to a peaceful, just, and sustainable world. Meridian Hill Pictures collaborated with teaching artists from the Gandhi Brigade, Young Playwright’s Theater (our neighbors at the Josephine Butler Parks Center), and Move This World, on a day of workshops oriented around social-justice storytelling, social media for change, improvisational movement, and ‘flash’ documentary filmmaking. With all workshops taking place in Meridian Hill/Malcolm X Park, MHP led the group of DC youth in an exercise creating 6-second ‘Vine’ videos sharing community members’ feelings about the government shutdown. Watch the videos here: bit.ly/16MMi3w 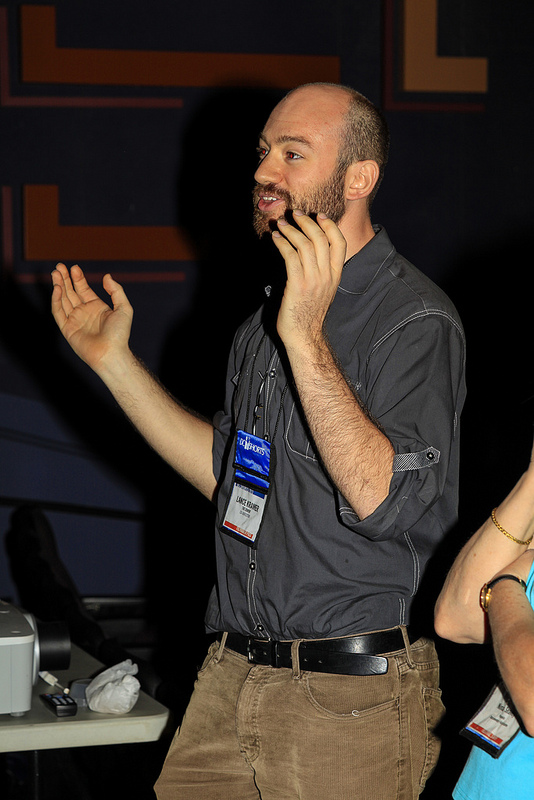 MHP was invited to participate in the American University Public Anthropology Conference on the panel entitled, “In Their Own Words: Documenting the Stories of Unseen, Unheard Washington” on October 5th.  Lance and Brandon, along with Leah Edwards and Precious Lambert, youth directors of the new MHP documentary Doing it for Me, spoke in the panel discussion about their experiences with participatory filmmaking in DC’s neighborhoods. The panel also featured examples of work that has emerged from the Community Voice Project, a cross-disciplinary initiative of faculty and students from the School of Communication and the College of Arts and Sciences Anthropology department. The Community Voice Project exemplifies the way filmmaking can be a creative tool for both public knowledge and action. The panel, organized by AU professor and filmmaker-in-residence Nina Shapiro-Perl, was also intended to demonstrate the strengths of an anthropological approach to digital storytelling as both a tool for activism and a path to empowerment for individuals and communities.

Local filmmaker Martha Dodge hosted a five part panel series at Busboys and Poets focused on how to create better videos within non-profit organizations, and leverage them for greater impact. “The Video Effect” Panel Series 2013 invited MHP to speak at the panel focused on how non-profits can create effective collaborations with media professionals. Lance presented on participatory filmmaking and MHP’s approach to forming productive collaborations with non-profit partners.

Coming up this week on October 9, MHP will also speak at a panel organized by Women in Film and Video entitled, “What Interns Should Know.” The panel will focus on giving valuable advice to interns on how to craft an experience to meet their expectations. Women in Film and Video of Washington, DC (WIFV) is dedicated to advancing the professional development and achievement for women working in all areas of film, television, video, multimedia and related disciplines.

MHP has been appreciative to all of our excellent community partners for all these opportunities to learn and share with other filmmakers, educators, and DC community members. We look forward to seeing you at future events!