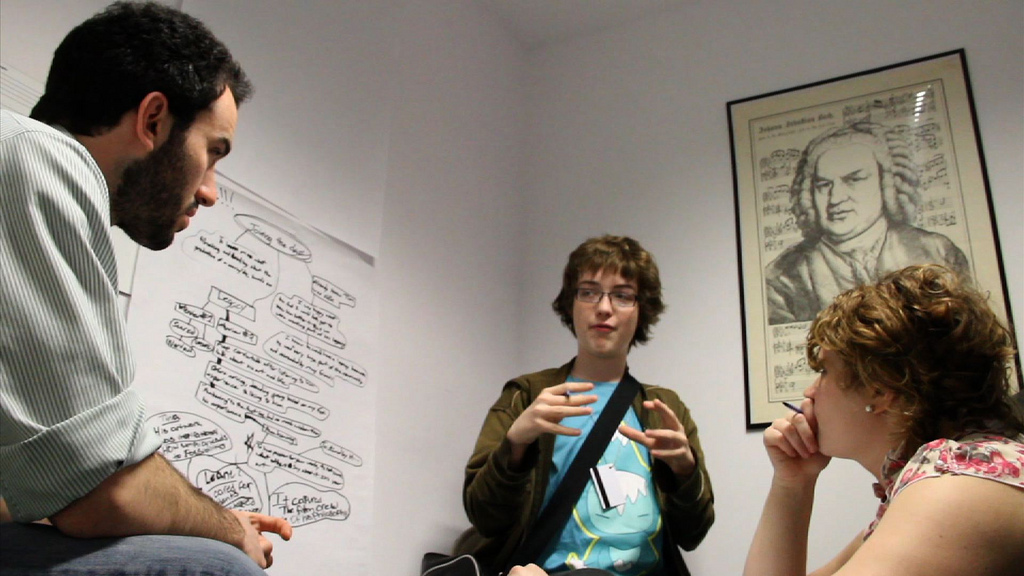 MHP is excited to announce the launch of our 2013 Youth Documentary Program in partnership with Sitar Arts Center, funded in part through a generous grant from the National Endowment for the Arts.

The Youth Documentary Program is a comprehensive yearlong media arts residency and mentorship for youth (ages 10-18), primarily from low-income households in Washington, DC. The program comprises twenty-two workshops with extensive class, field and mentorship experiences with professional filmmakers from MHP. Students will serve as camera operator, interviewer, sound recorder, editor, and outreach supervisors, learning all aspects of the filmmaking process. Using MHP’s award-winning Community Video Storytelling curriculum, the program encourages the development of 21st Century learning skills such as creative thinking, communications, collaboration, accountability and leadership. Through documentary film, students will develop important artistic, teamwork and leadership skills as they write, film, produce and promote their film to the community.

Sitar Arts Center advances the critical life skills of underserved children and youth and prepares them for achievement in the 21st Century through visual, performing and digital arts education in a nurturing community. In 2009, First Lady Michelle Obama presented Sitar Arts Center with the National Arts and Humanities Youth Program Award from the President’s Committee on the Arts and Humanities, distinguishing Sitar as one of the premier afterschool arts and humanities organizations serving youth in the country.

The last collaboration between MHP and the Sitar Arts Center resulted in Life as a Collage, an award-winning documentary film about artist and longtime Sitar Arts Center volunteer teacher, Tim Gabel, who passed away in March 2011.  The film has been recognized by American Film Institute’s SchoolDocs festival, the Our City Film Festival where it won the award for best student documentary in Washington, DC and has been accepted into the San Francisco International Film Festival and The National Film Festival for Talented Youth in Seattle, WA. Seven students, ages 10-18, were responsible for all aspects of story development, filming, directing and editing. Forrest Penrod (age 16) who directed the film and Callye Christopher (age 17) who composed the music, both were recognized for exceptional talent and leadership throughout the creative process.

The 2013 documentary film will eventually be submitted to film festivals, shared via social media and will be screened in local community-based settings later this year.  MHP and Sitar enthusiastically look forward to the new stories being told by our community’s youth.

For more information about the program or to learn about sponsorship opportunities,