I didn’t go to film school. Instead, I started fundraising for public radio after college and stumbled into documentary film by accident while trying to go in a more creative direction with my career.

After learning about different filmmaking roles through my internship with Meridian Hill Pictures this summer, I hoped that my lack of technical skill would not preclude me from getting involved in the filmmaking process. Through the internship, I learned more about producing, and became optimistic that I could still contribute to the industry in a meaningful way

In August, I attended a Producing Master Class taught by critically acclaimed documentary filmmaker Doug Block, and hosted by DC-based nonprofit, Docs in Progress. The class was first created to support Docs In Progress Fellows who were developing new documentaries through an eight month program. Docs In Progress decided to open up participation in the Master Class beyond the fellows, so more filmmakers in the DC area could learn about producing. Doug's help with the fellowship program was made possible through the support of the Academy of Motion Picture Arts and Sciences.

Surrounded by 18 mid-career filmmakers, Doug spoke to us honestly about a producer’s role in documentary filmmaking and the mistakes to avoid as a first-time producer. “Producing isn’t rocket science.”, claimed Doug. Initially, this statement bothered me. Wanting to be a valuable member of the film community without technical skills, I interpreted “isn’t rocket science” to mean “isn’t difficult.” However, through the course of the workshop, I came to appreciate what Doug meant. 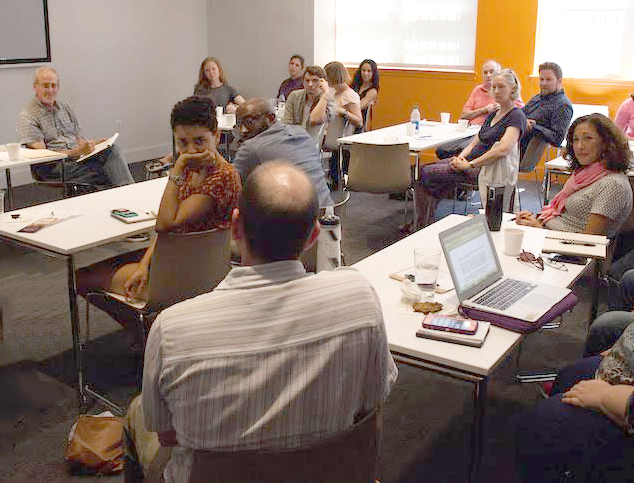 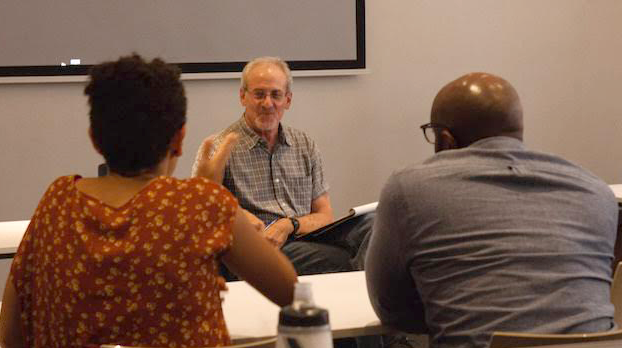 Producing isn’t rocket science, it’s practically the opposite. Unlike rocket science, there are no formulas for the work a producer does. They must be creative and tenacious to find solutions. And that is precisely what makes it one of the most difficult and valuable jobs in filmmaking. In fact, “many filmmakers, particularly if they are just starting out or don't have a lot of access to financial resources, take on producing on top of directing and just try to figure it out as they go,” says Erica Ginsberg, Executive Director of Docs in Progress. “Having a workshop dedicated solely to what goes into producing from a seasoned filmmaker who has been both a director and a producer, was our way to help build the field here in the Washington DC area.”, She continued. Producers are more like jugglers; budgeting, building relationships, scheduling, hiring, pitching, are just some of the balls that producers must keep in the air to create a successful film.

Doug emphasized that producers must be able to successfully pitch their ideas. He challenged all of us, from expert to beginner, to share a pitch for our film idea. “You’re always pitching,” Doug repeated multiple times. Ewart de Visser, one of the participants interested in making a documentary about the relationship between humans and robots, found the pitch practice to be a helpful exercise. In a conversation after the class, he told me the practice pitches “focused on everyone sharing their documentary idea and honing their pitch; a critical aspect of getting a doc funded.” To improve pitching skills, Doug recommended attending a pitching forum like the one at Hot Docs as an observer. He said, “You'll come away with a far better grasp of the documentary marketplace.”

Pitching and securing funding are major components of any producer’s role. During the Master Class, everyone wanted to know the same things: if I produce my own work, how do I get funding? And, when should I start raising funds? Doug suggested not to start fundraising until you are desperate. Particularly with crowdfunding, there are only so many times one can justifiably beg family and friends for money. Fundraising is a complicated and controversial topic in the field, one that is being actively discussed in  the latest report by the National Endowment for the Arts and the International Documentary Association. 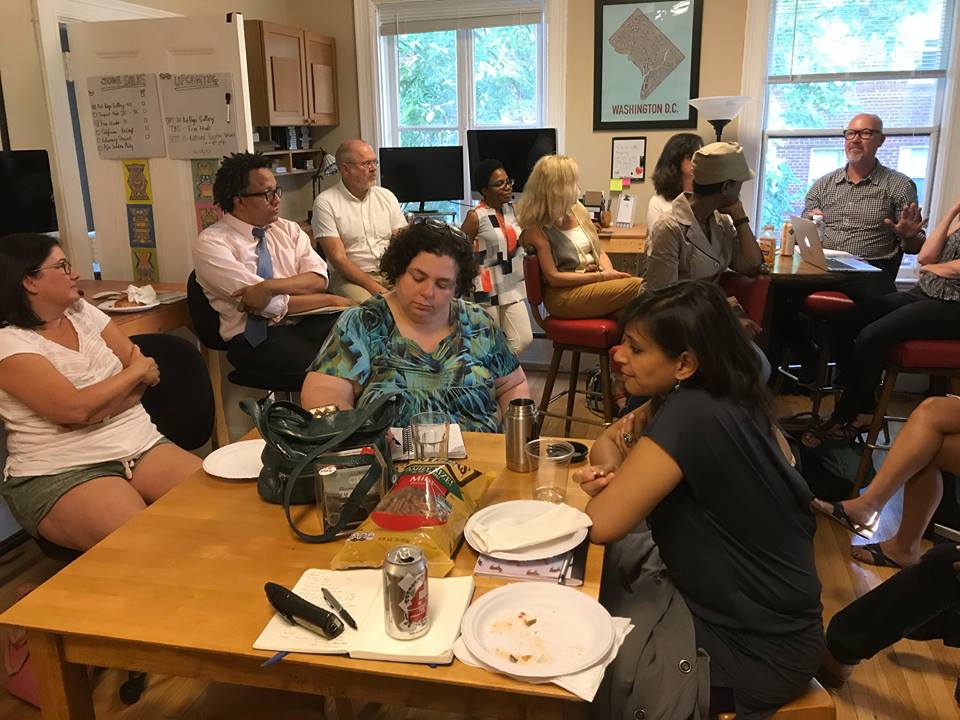 Through talking with various producers I met at the AFI Docs Film Festival I learned that creating a crowdfunding campaign is almost another job in itself. It seemed that the most common platforms for crowdfunding in documentary film are: Kickstarter, Indiegogo and Seed & Spark. The producers I met at the festival recommended that filmmakers give themselves at least two months to plan. Create a contact list, list of perks, email templates, and build up a following on social media before starting the campaign. In a Wharton Business School study I found online titled “The Dynamics of Crowdfunding: Determinants of Success and Failure,” Ethan Mollick finds that the average 30-day Kickstarter campaign has a 35% chance of success. I was surprised to find that the average failed project receives $900 in pledges, compared to $7,825 for successful projects. Seed & Spark’s free online crowdfunding class taught me that while crowdfunding is a lot of work and takes time, it  may have a higher overall yield than applying for a grant. As I consider potential projects I’d like to produce, I am comforted to see that crowdfunding is a good way to build a fanbase early in the project. 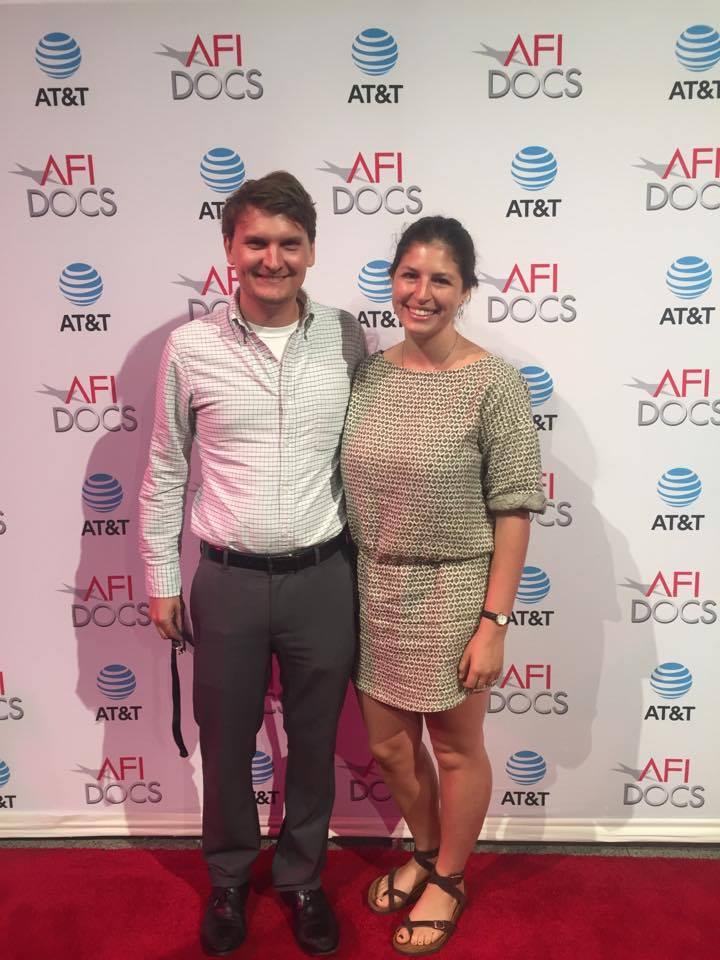 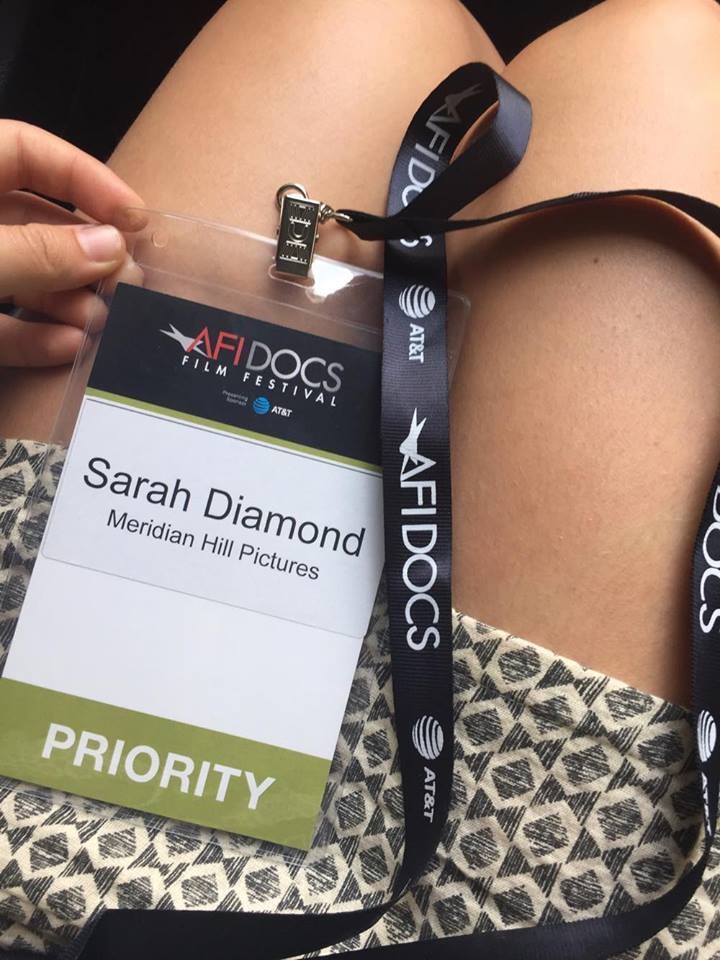 Moving past Doug’s class, I’ve found myself looking for wisdom from other producers actively working in the field. Caty Borum Chattoo, Director of the Center for Media & Social Impact, professor at American University, and veteran producer of several documentary feature films shared with me, “documentary producing is often an unsung part of making a documentary film. The skills involve being organized with a budget, for sure, but also finding stories and cultivating real people to open up and share them. To me, producing is the ultimate nexus of art, business, and journalistic interviewing skills. So much of what makes a great documentary producer can't be taught in film school, it is learned through doing the work."

Lance Kramer, my supervisor and producer at Meridian Hill Pictures, says that lots of his work as a producer for the film City of Trees involved making countless small decisions every day in addition to the big decisions. “When you work on a film that takes multiple years you have to be really patient and persistent, focus on the small details and the big picture, usually at the same time.” By investigating producing through the careers of local DC documentarians, I’ve learned that being persistent, building relationships, and working in the field are great ways for aspiring producers to get started. 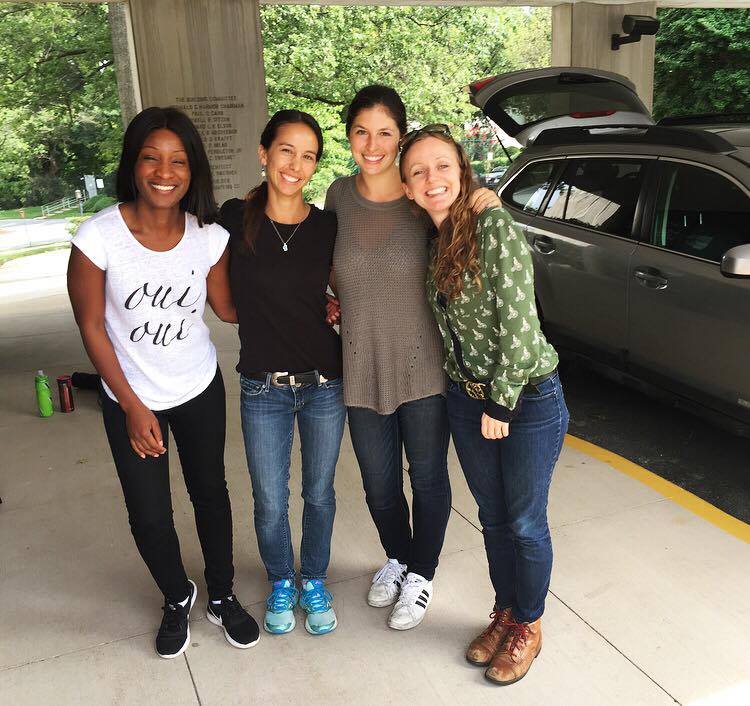 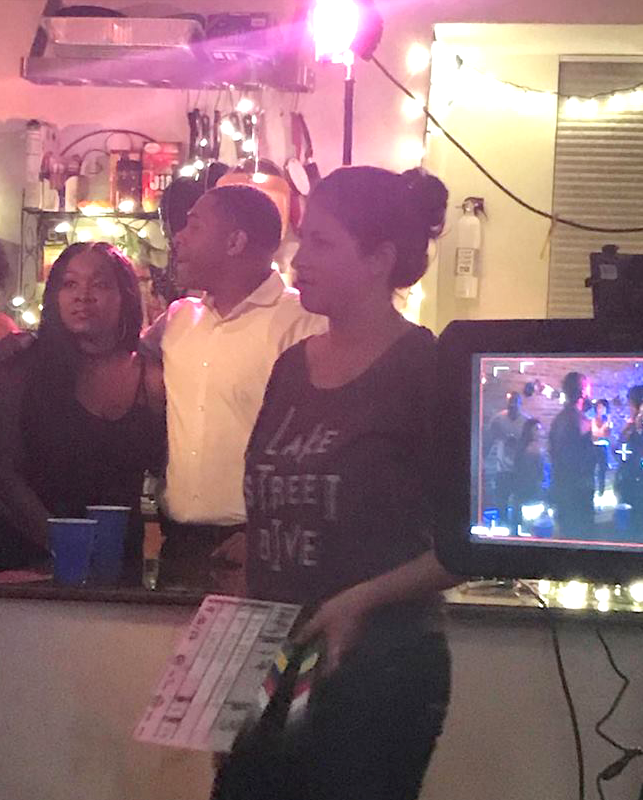 Before beginning the MHP internship, I had mostly focused on pursuing next career steps as a public media fundraiser. Through my experiences this summer, I’ve been bit by the producing bug. In the past month I have had the opportunity to be a production assistant on two shoots in DC and discovered that there is no better education than hands-on experience with actual working projects. Moving on from the internship, I am still searching for production assistant roles and the process admittedly has its frustrations; one of those, “you-need-five-years-of-experience-to-apply-for-an-entry-level-job,” situations. Regardless of the production opportunities that arise, my internship experience, real world experience, and Doug Block’s master class, have helped narrow my focus and improve my “producer qualities”: organization, management, drive, autonomy, fearlessness, and creativity.

I’m particularly drawn to the freedom in the role, it’s what makes producing so compelling to an entrepreneurial, creative, resilient, solution-oriented person like me. No rules mean no barriers. No roadmap means no one correct route. The best part about being a producer is that the documentary filmmaking process isn’t about you. It is about enabling the creation of a timeless film that will inform and inspire.

Sarah Diamond is the Outreach & Development intern at Meridian Hill Pictures. Originally from Sonoma County, California, Sarah moved to D.C. in 2013 to attend American University and now holds a BSBA in Business Administration from AU. She is a storyteller, singer-songwriter, improv comedy lover, and aspiring documentary film producer. To get in touch with Sarah, email her at: [email protected].