Five of Meridian Hill Pictures indepedent films — The Scholar & The Sailor, Porchfest, Life as a Collage, Community Harvest, Voices from Within — will screen at this year's Our City Festival. 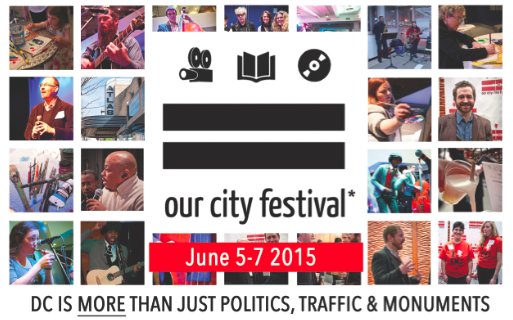 Originally founded in 2008, the Our City Festival is a celebration of DC through film, music and literature. The festival is run by DC based PR firm, KRPR, in partnership with the DC Public Library Foundation. Since 2010, Meridian Hill Pictures has had several films participate in this celebration of art and films that bring communities together to tell the story of our city's cultures, history and people. This year marks the first that the festival has expanded to also include music and literature.

will play at the Petworth Library (4200 Kansas Ave NW, Washington, DC 20011). This short film from 2010 was an early study for what would become the feature film City of Trees. The film celebrates the natural and cultural harvests of our community, documenting the dramatic transformation of a vacant alley in Columbia Heights into a majestic, public garden and collaborative green space. Featuring Steve Coleman, Charles Holcomb, and the Washington Parks & People DC Green Corps. 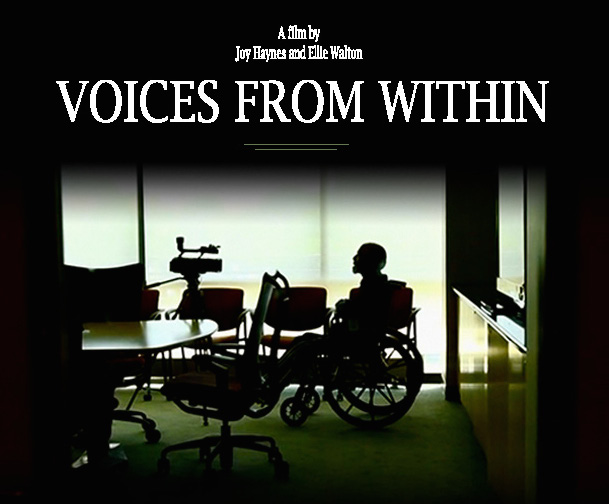 On Tuesday, June 2, at 8pm — Voices From Within

will play at the Martin Luther King, Jr. Memorial Library (901 G St NW, Washington, DC 20001). Directed by Ellie Walton and Joy Haynes, the film brings viewers into a world most people never see – a mental institution housing individuals “found not guilty by reason of insanity.” For the first time in the history of DC's public psychiatric hospital, Saint Elizabeths, cameras were allowed inside and placed directly into the hands of four individuals in care: Jimmy, Lew, Kevin and Calvin, who have been residents for a combined 160 years. Turning the camera onto themselves, audiences witness their transformation from examined to examiner. The film takes us through their daily routines, ongoing struggles with mental illness, isolation, and the seemingly impossible step-by-step process to return to the community.

On Thursday, June 4, at 7pm — Porchfest and Life as a Collage

will play at the Mount Pleasant Library (3160 16th St NW, Washington, DC 20010). Porchfest tells the story of one DC neighborhood coming together to transform the street’s row house porches into community showcases of food, art, music and culture. Made by youth at the Sitar Arts Center, Life as a Collage is an unforgettable reflexive portrait of a dying artist, his philosophies on life, art and his impact on the community.

will play at the Goethe Institut (812 7th St NW, Washington, DC 20001). This short film tells the story of Washington, D.C. native Greg White, who had always wanted to become a sailor. After being arrested and sent to a maximum security prison for armed robbery, his dream never felt so far away. While serving his 22-year prison sentence, Gregory read a book that resonated deeply with his long-held childhood dream. The book, Blackjacks: A History of African-American Seamen in the Age of Sail, told a historical narrative of African Americans reclaiming their sense of freedom as merchant mariners on the high seas at the turn of the 19th century. White’s ensuing correspondence with the book’s author — Dr. Jeffrey Bolster, a maritime historian and professor at the University of New Hampshire — would prove to be a transformative experience for both men and is the center of this touching documentary.