Porchfest at 'Our City' in Washington City Paper

Our City Film Festival, Reviewed One Punch at a Time and Porchfest

by Christopher Heller as featured in the Arts Desk section of Washington City Paper, February 10, 2012 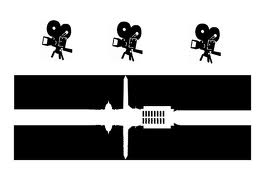 This weekend, local nonprofit Yachad hosts the fifth annual Our City Film Festival, part of the organization’s hefty mission to “break down racial, economic, and religious barriers, and encourage understanding between communities that are often disconnected.”

If One Punch at a Time and Porchfest are any indication, the fest is two steps closer to achieving its goal.

The sub-10-minute short One Punch is a more traditional documentary about Asia Stephenson, an 18-year-old boxer who aspires to land a spot on the U.S. women’s Olympic team. She’s shy in front of the camera, but erupts in the ring, yelping with each hook and jab she throws, and when she talks about Headbangers Boxing Club, her “second home,” she lights up. It’s difficult to tell a story in so few minutes—One Punch deserves a broader scope than the one fight it follows—but it does a fine job revealing Stephenson’s character.

Porchfest, meanwhile, fits snugly within the format. Its cheerful story tracks the residents of a D.C. block—Hobart Street and Mt. Pleasant Street NW—who organized a day-long music event that spilled out from their porches onto the street. It’s a visual manifestation of Our City’s purpose, and thankfully dodges any too-cute sentiments that would distract from the awesome story. Instead, Porchfest sticks to something everybody can enjoy: neighborly kinship and good vibes, even if just for a short time.