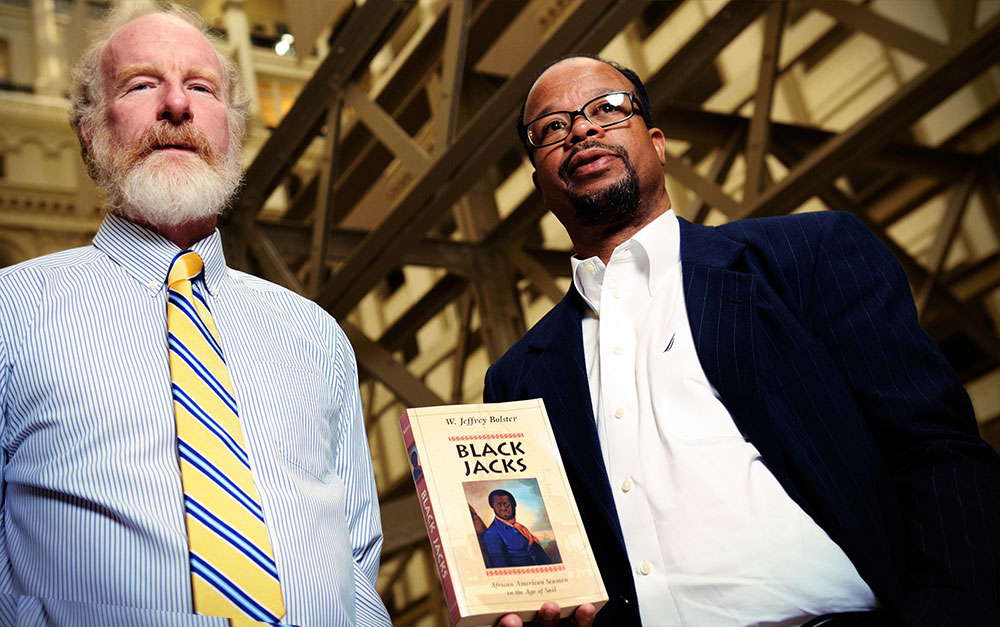 Earlier this year, Meridian Hill Pictures premiered a short documentary The Scholar & the Sailor at a screening and discussion panel event hosted by the Humanities Council of Washington, DC. Commissioned by the National Endowment for the Humanities, the film tells the story of an unlikely and powerful friendship formed between Dr. Jeffrey Bolster, a historian of maritime culture, and Gregory White, an ex-convict who now works as a marine engineer.

After sparking a useful discussion on the value of the humanities (read a recap of the Humanities Council event here), the film has continued to act as an engaging tool to help spur conversations about race, class, criminal justice, and the power of literature to transform lives.

Most recently the film was incorporated in the program for 10th Annual Spring Symposium of the Portsmouth, NH Black Heritage Trail. Dr. Bolster had this summary of the event to share:

"Public reaction was spirited and positive following a showing of The Scholar and the Sailor during a public symposium on race and incarceration on May 3, 2014 in Portsmouth, New Hampshire. Produced by Meridian Hill Pictures in 2014, and underwritten by the National Endowment for the Humanities, The Scholar & the Sailor tells the remarkable story of Gregory J. White, a formerly incarcerated African American man from Washington, DC who turned his life around, in part through the power of the written word.

At age 21 Greg White decided to rob a bank. He spent the next 22 years in prison, sometimes in solitary confinement. During one of the those spells, convinced that there had to be something better for him in life, a tattered copy of the Washington Post found its way into his cell. The newspaper profiled a book called Black Jacks: African American Seamen in the Age of Sail, and Mr. White – a former U.S. Navy seaman – decided to write the author, hoping that after his release he might be able to get a job as a merchant seaman. The author wrote back.

So begins the moving story of The Scholar and the Sailor. Now, in 2014, Mr. White and the book's author, Professor W. Jeffrey Bolster, have been corresponding and collaborating for 17 years. Mr. White is a certified merchant mariner, a formerly incarcerated individual who beat the odds following release and parole. He not only stayed clean, but developed a professional career as a marine engineer, helped in part by Professor Bolster, whose first career was as a licensed master mariner.

The United States currently contains five percent of the globe’s people, but twenty-five percent of its prisoners. A vastly disproportionate number of those prisoners are people of color. So the Portsmouth Black Heritage Trail's tenth annual spring symposium this year in Portsmouth, NH was on 'The Coloring of Law and Punishment: Race, Ethnicity and Class in Incarceration.'

John Kacavas, US Attorney for the District of New Hampshire, delivered the opening address. The leading federal prosecutor in the state, he is outspoken in his belief about how the American system of incarceration is “broken.” Susan Burton, a formerly incarcerated woman who has made it her life’s work to help women released from prison, delivered a moving keynote address. Barton is a 63-year old Black woman from the projects in Los Angeles who cycled in and out of prison for 20 years on drug charges. As she explained, after her five-year-old son was killed, she began to self-medicate with booze and drugs, and ended up being imprisoned for a mother’s pain. Meridian Hill Pictures' The Scholar & the Sailor helped promote a lively discussion. By the end of the day most people left the symposium determined to work for change in our peculiarly unjust American system of incarceration." -- Jeff Bolster 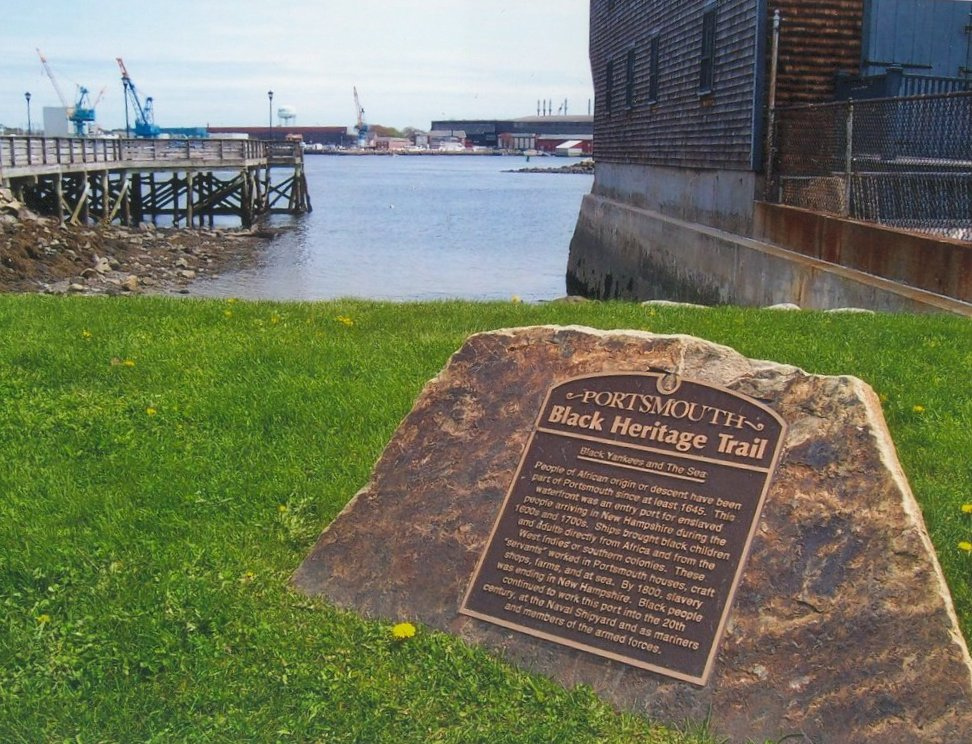 The entrance to Portsmouth's Black Heritage Trail, via Flickr.

The Portsmouth symposium and The Scholar & the Sailor also received coverage from several local blogs, a sailing blog, and was featured on the National Endowment for the Humanities homepage.

About a year ago, we teamed up with our neighbors Young Playwrights' Theater (YPT) and the Detroit-based InsideOut Literary Arts Project (iO) to create The 524 Project, a cross-country collaboration that connected a class at Ballou Senior High School in Washington, DC with one at Western International High School in Detroit.
Continue reading >
Client Projects   Press

Meridian Hill Pictures' short film Vuela, Vuela Mariposa will be screened at the 2013 Our City Film Festival. The film, made through a Meridian Hill Pictures media education program in partnership with the Mundo Verde Public Charter School, has been awarded 'Best Short Student Documentary' at the festival and will screen at 5pm on March 10 during the 'Our Heart' screening block. This is the third year that Meridian Hill Pictures’ films have been honored in the festival.
Continue reading >
Client Projects

Fourth and fifth graders from the Arts & Technology Academy in Northeast Washington, DC premiered a short documentary called “Teaching what you love: Ms. Cuffy’s passion for music and her students.”  The film is an inspirational portrait of local Teaching Artist and Cellist Elise Cuffy.
Continue reading >
Liquid error: undefined method `gsub' for nil:NilClass