About a year ago, we teamed up with our neighbors Young Playwrights' Theater (YPT) and the Detroit-based InsideOut Literary Arts Project (iO) to create The 524 Project, a cross-country collaboration that connected a class at Ballou Senior High School in Washington, DC with one at Western International High School in Detroit.

Named after the 524 miles separating DC and Detroit, The 524 Project brought the two schools together for a hybrid curriculum of poetry, playwriting and media arts. Students met weekly during the spring of 2014 to create works of art investigating and challenging dominant narratives of the cities each call home. Using writing prompts such as “I Am [City Name]”, “My Art Is So Loud”, and City-to-City Love Letters, The 524 Project encouraged these young people to rethink stereotypes of both DC and Detroit, and to speak out on behalf of their neighborhoods, their cities and themselves.

Then, they shared their voices with each other! Equipped with iPads, basic video editing software and free Google Hangouts, 524 Project students spent a semester reciting poems and asking each other questions via recorded videos and live online exchanges. The Project culminated in a simultaneous, live-streamed multimedia Final Presentation of student work, that introduced the larger communities of DC and Detroit to the powerful insights of the young people in both cities:

Now that The 524 Project is all but over, we asked some of the staff members responsible for the program to reflect back on the journey. Here are some of the Wows (highlights), Wonders (questions) and Lessons that came out of this amazing, challenging, inspiring process! 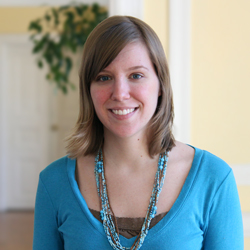 The trip to Detroit last October was totally amazing. I'd already been to and fallen in love with the city itself, so being back there was really exciting. But even better was getting to hang out with YPT and iO artists for four days and explore ideas, brainstorm, write poetry, make journals for each other, create performance pieces, study art. We're all artists, but I feel like that often gets buried under the day-to-day logistics of running an organization. It was really amazing to just sit together and explore, deeply, the creative impulses that drive us to do what we do. It felt like a retreat back into the center of our mission.

Technology is a relatively simple and truly incredible way to connect people from all over the world, people who never would have interacted otherwise. But what do you do when not everyone has easy access to this technology? Despite its growing presence, access to the Internet is still something that is largely only available to developed, financially secure communities, so a huge percentage of the population that we could be communicating with and learning from is shut out from these opportunities. How can we change that?

With a project this ambitious, I think it can be easy to lose track of how, specifically and directly, the students are benefiting from it. We always aim to keep students at the center of everything we do, but between negotiating with two other organizations and two schools, dealing with unreliable technology, and tracking our progress for a major funder, the students themselves can easily get lost in the shuffle. It's important to continually come back to them and remember that they are the soul of the project, and the reason for all the other logistical madness. 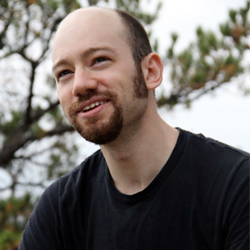 One of the major challenges when working on a media project with any new community can be openness to embracing something new. Typically it’s not just learning new technology or a new tool, but also adopting a new way to think about storytelling. In the case of The 524 Project, we introduced iPads, video capture, and exchange software, as well as social media platforms that were new to most team members at the onset of the project. We were completely humbled and wow-ed by people’s enthusiasm for working with unfamiliar creative tools. Team members embraced the discomfort, handled setbacks admirably, and emerged with a new set of skills and appreciation for the technology. In a sense, the project staff were students as well - I would say they earned an A+.

I wonder what could have been done to more directly provide our actual students with strategies for employing the 524 Project tools in their own artwork after the class concluded. As staff, we were still learning the technology as the project was in progress and figuring out how to master it ourselves. So it was definitely more challenging to pass the torch to our students. By having more time before the launch of the project for dedicated staff trainings, we could have alleviated some of these stresses. But I also think that the newness of the whole concept meant that there would be a good deal of figuring out along the way, no matter how much prep time was carved out. As the dust settles following the final performance, I do wonder how the students will become ambassadors of the lessons learned from The 524 Project. What will they pass on to their friends and family? And what are the breadcrumbs we’ve all left for the future?

It sounds simple enough, but having an exceptional understanding of your limitations was a major lesson learned during the project. In our ambition and excitement to just do it, I think we may have lost some sight of what was actually possible within the time and technological constraints we were given. In future projects, we may consider how to be slightly less ambitious with the technology in favor of deepening our ability to train partner project staff to build their own mastery and ownership of the process. The idea of structuring a collaboration as more of a professional-development type relationship may not have quite as many bells and whistles, but it could lead to a more sustainable structure that imparts more lasting knowledge. 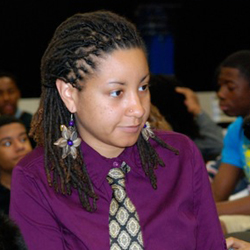 The big wow moment for me was seeing the Detroit students go from being critics of their hometown with opinions shaped by the media, to having a newfound sense of city pride. Through their research and writing, students became vocally more confident in their city, neighborhood, school, and even D.C.  Also, by running a multidisciplinary program (writing, filming, acting, researching), each student found ways to be involved - even those who had struggled with classroom participation prior to 524.

I wonder if we could have made better use of the technology by encouraging more one-on-one youth interaction since video conferencing as a group was sometimes troublesome. I would have loved to see one or two D.C. and one or two Detroit students craft a group poem or play scene together, or simply interview each other. I also wonder if having longer classroom periods (1.5-2 hour sessions multiple times a week), or having had the in-class programming start earlier would have allowed students more hands-on experience with the technology (the cameras and editing software were mostly used by the staff).

Students are easily frustrated if there are breaks in the flow of the lesson. Technology was a challenge we were determined to conquer, and sometimes the battle between humans and iPad interrupted the flow of class. Lesson: always have an engaging plan B and tech-savvy staff on hand for mishaps. It's also fair to be honest with students about what challenges are occurring. Many of our students knew how to bypass blocked web pages needed for instruction, connect the projector, adjust speaker volume, etc. Learners are great resources! Also, many students showed great leadership toward the end of the project. In hindsight, identifying, developing, and utilizing class leaders early on would have benefitted the class when one-on-one attention from the staff was stretched. 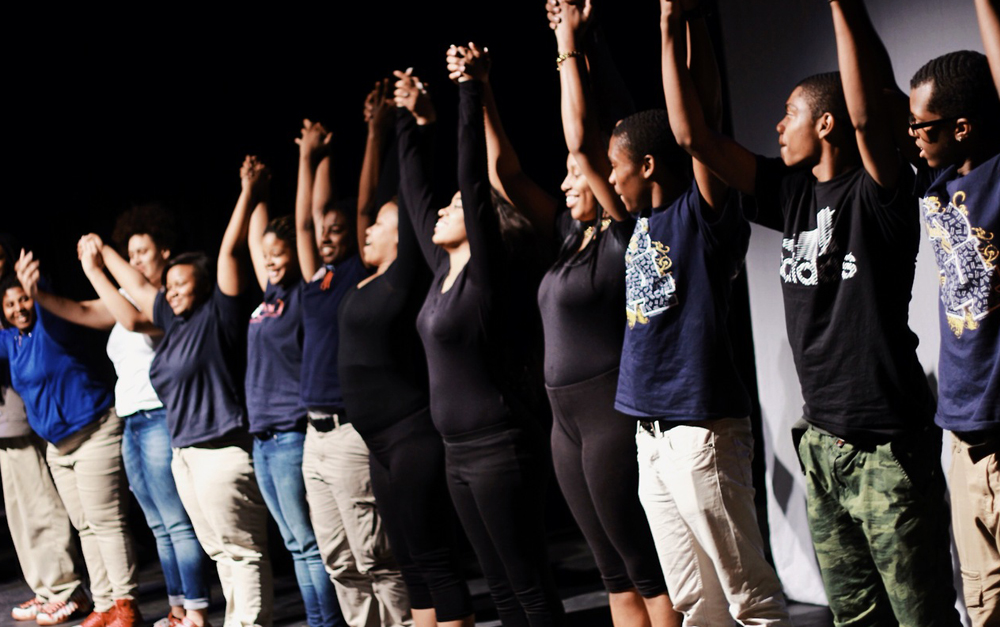 The 524 Project was made possible by the generous support of the Metlife/TCG A-Ha Program, whose Think It, Do It grants enable theaters and other arts organizations to experiment with new forms of collaboration and creative problem-solving. Without the A-Ha Program, there would be no 524 Project!

For more from The 524 Project, please visit our Tumblr, where we have recorded every step of the process, as well as some of the best moments from our classes in DC and Detroit. One of the main goals of The 524 Project was to establish a model for other organizations around the world to follow--so please, steal our ideas!

About a year ago, we teamed up with our neighbors Young Playwrights' Theater (YPT) and the Detroit-based InsideOut Literary Arts Project (iO) to create The 524 Project, a cross-country collaboration that connected a class at Ballou Senior High School in Washington, DC with one at Western International High School in Detroit.
Continue reading >
Client Projects   Press

Meridian Hill Pictures' short film Vuela, Vuela Mariposa will be screened at the 2013 Our City Film Festival. The film, made through a Meridian Hill Pictures media education program in partnership with the Mundo Verde Public Charter School, has been awarded 'Best Short Student Documentary' at the festival and will screen at 5pm on March 10 during the 'Our Heart' screening block. This is the third year that Meridian Hill Pictures’ films have been honored in the festival.
Continue reading >
Client Projects

Fourth and fifth graders from the Arts & Technology Academy in Northeast Washington, DC premiered a short documentary called “Teaching what you love: Ms. Cuffy’s passion for music and her students.”  The film is an inspirational portrait of local Teaching Artist and Cellist Elise Cuffy.
Continue reading >