2015 marked another successful session of our Youth Documentary Program in partnership with the Sitar Arts Center. Meridian Hill Pictures’ 15-week long flagship program — established in 2010 — provides a unique opportunity for youth from all walks of life in Washington DC to produce their own social-issue documentary from their own perspective. 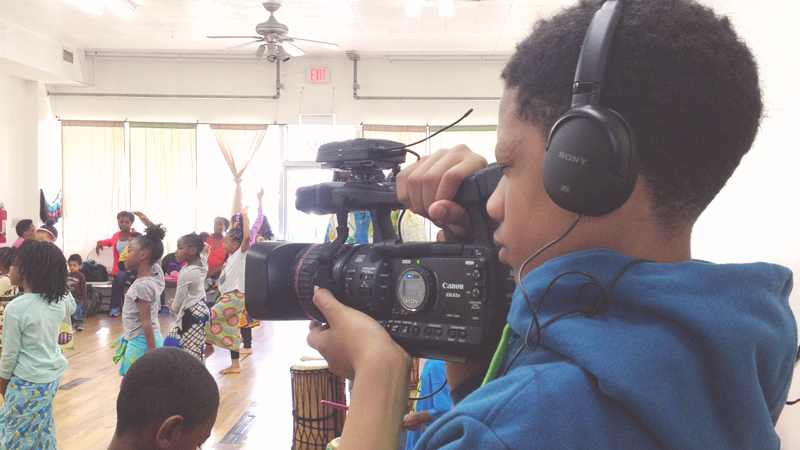 In its four year history, the student-produced documentaries have screened at film festivals throughout the DC and Mid-Atlantic region, winning critical and audience acclaim. The award-winning film Doing It For Me (produced during the 2013 session), continues to impact audiences and communities in the District and beyond.

This year’s program guided seven students, aged eleven to fifteen, through the process of producing their own collaborative documentary piece about growing up without a father in the District and seeking support from a community.

The students began the storytelling process by learning the principles of documentary storytelling and the importance of youth voice within media. They then brainstormed and pitched original ideas for the story they felt most compelled to tell. Students pitched projects inspired by their own life experiences as well as the stories of other close friends and family members in their lives. Here are some of the potential topics students came up with: 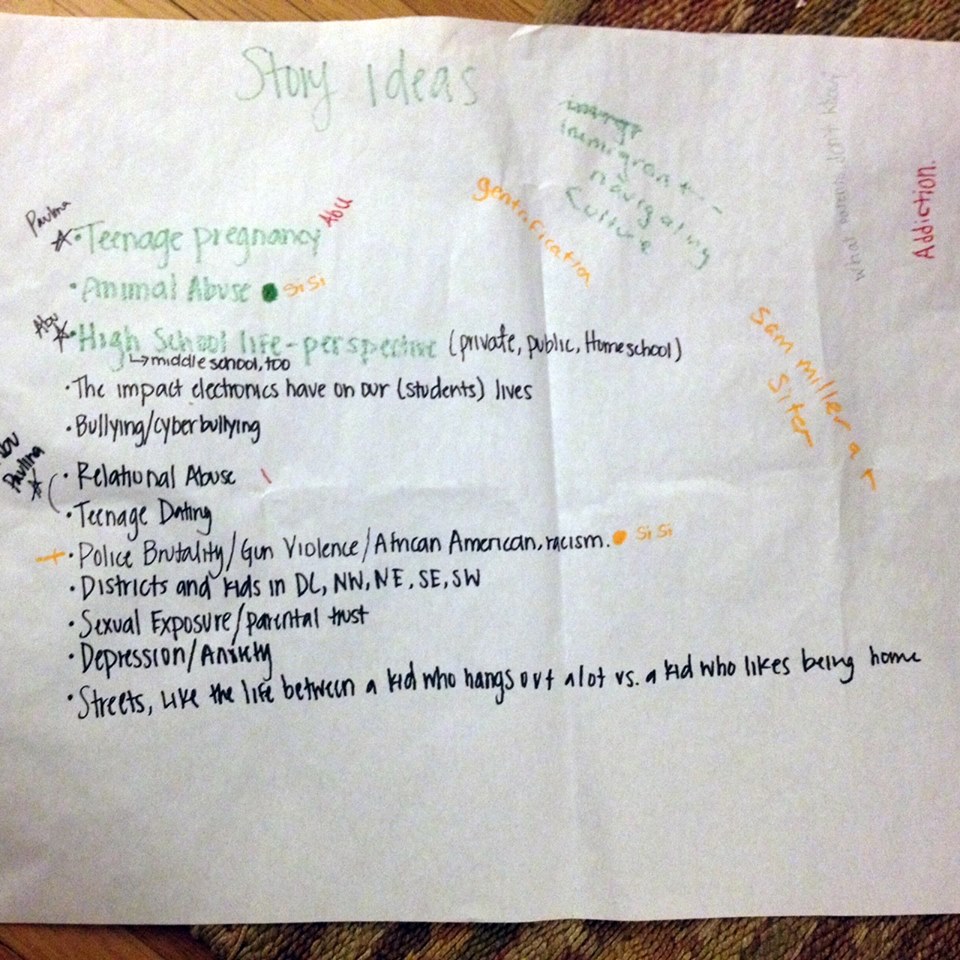 The students and teachers collectively decided on a pitch by brother and sister duo Ra and Sia Li Wright. The story follows the challenges of their close friends and “cousins”, Zion (15) and Ayinde (9), as they coped with their father’s death and the realities of growing up without a father. The film intimately explores how their mother’s support and their participation in the arts have helped them to heal and shape their journey into young adulthood. Following the story selection, the students learned about the various roles involved in making a film, including director, producer, camera operator, sound recordist, and editor. The students adopted these roles and spent the remaining part of the Spring semester interviewing and filming their subjects in locations across the city as the story unfolded. 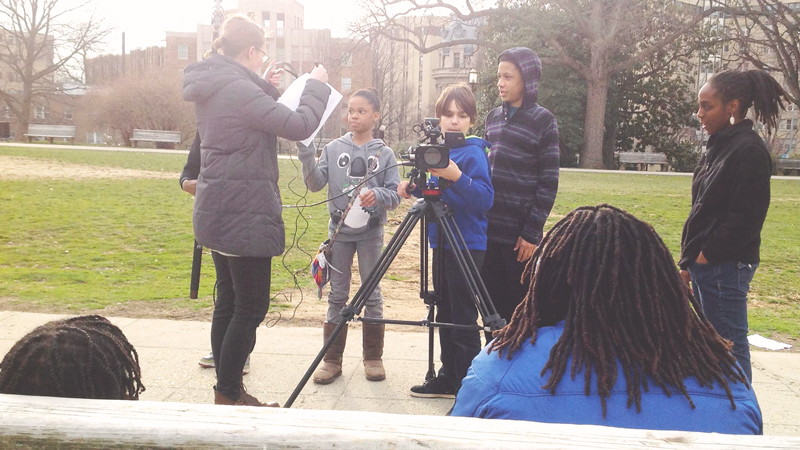 Throughout the production process, the students learned about the power of documentary storytelling and its role in cultivating empathy, healing, and community impact. They also worked through the challenges of establishing a collaborative team while learning new roles in the field during shooting dates. This summer, two students will work with MHP staff - education manager Aqiyla Thomas, teaching and editorial assistant Kimberly McFarland, master filmmaker and teaching artist Ellie Walton - on editing and developing an outreach and engagement campaign for the film. The short film is expected to premiere in the Fall of 2015.

At the end of the Spring semester, we asked the participants to share what they gained from the program. One student, Abu (15), noted that “This experience has given me responsibility.” Another participant, Eli (11), remarked that the project experience helped him learn how to “make my voice heard through the media.” Other students cited gains in confidence, leadership, and teamwork skills.

The students’ production efforts culminated in the screening of a trailer of the film at the Sitar Arts Showcase, which took place on May 14 in the Sitar Arts Center’s de Laski Theater.

The trailer screened to a packed audience including the program participants, other students and teachers from the Sitar Arts Center, and parents and community members hoping to catch an early glimpse of the students’ artistic efforts.

Following the screening of the film trailer, the students celebrated their hard work and artistic and personal gains over the Spring Semester. As work on the film continues, the students and instructors look forward to the release of the film in the Fall.